Last weekend saw some of Britain’s world championship team get their last competition hit out before heading to Kazan at the Scottish National Championships at Tollcross in Glasgow. Here are a few things we learnt.

Walker-Hebborn is revelling in consistent speed

He currently sits atop the world rankings following his 52.88 blast from trials, and Chris Walker-Hebborn is clearly in the richest vein of form of his career. He took the win in the 100m backstroke in a time of 53.81, which represents his best ever performance outside of a major championships or trials. Since his decision to drop the 200m from his programme, we’ve seen progress on the clock in 2013, improvement in mental toughness in a 2014s season that yielded Commonwealth and European titles, and now he’s added consistency. Since opening the year with a 54.96 in Flanders, he’s not swum a final slower than 54.26 in 2015. the battle in Kazan will be tough, with Ryosuke Irie, Mitch Larkin and Matt Grevers all in wait, but Walker-Hebborn heads to Russia in fine fettle.

O’Connor’s home comforts pointing her in the right direction 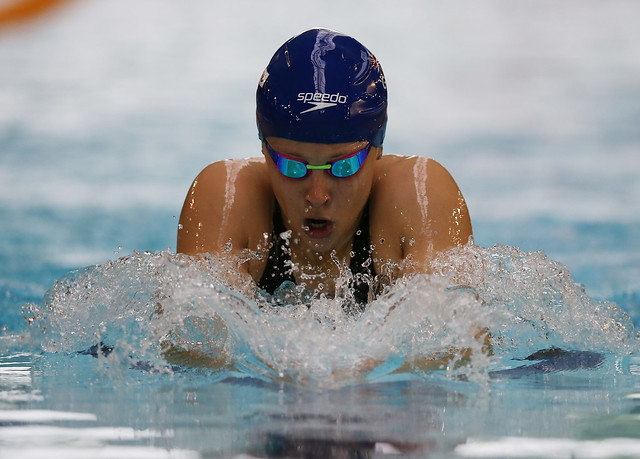 Being back in the Bath University pool is clearly suiting Siobhan Marie O’Connor as she posted some quick times in Glasgow. Just off her season’s beast over 200m free with a 1:57.55 200 free win and a victory in the 200IM in 2:10.70 – the latter good enough for 5th in the World if she hadn’t posted a quicker time at trials. The IM represents her best shot at world championship, but the formidable Katinka Hosszu blocks the way and there are several swimmers currently snapping at her heels. On form though, it should come down to a straight fight between the Bath swimmer and Hungary’s Iron Lady – and O’Connor’s form seems to be heading in the right direction. It promises to be a highlight of the week. 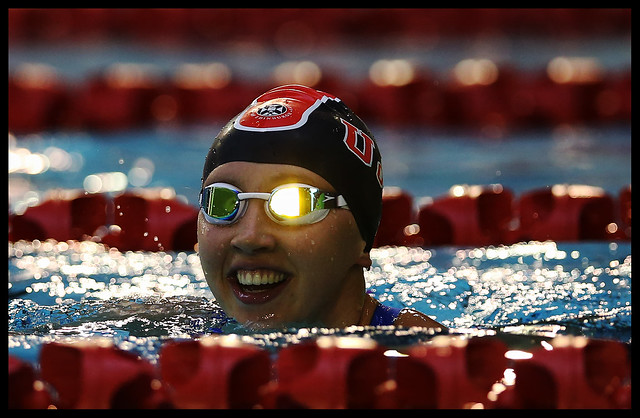 The women’s breaststroke result highlighted an issue that’s been arisen from someone who’s now not going to Kazan. Corrie Scott took the win in 1:08.79, just off her season’s best, which puts her in amongst a throng of British ladies on 68 point. Why is this of interest? Since the decision of Sophie Taylor to take a break from swimming, Britain’s medley relay is looking a little unbalanced and Scott’s victory highlighted a growing number of improving breaststrokers who could have deputised.

The timing of Taylor’s withdrawal may have been too late to bring in a substitute, or team management may have opted not to, but as it stands, it’s not clear how the team will line up. In an ideal world someone like Kathryn Johnstone, 10:7.79 at Trials and currently in Korea for the World University Games, or Sarah Vasey, ultimately the runner up in London behind Taylor, would have been added to cover the relay spot. Instead Molly Renshaw goes to Kazan as the only breaststroke specialist, but while she is a world class 200m swimmer, she ranks only 8th in Britain for the 100 this year.

This raises the prospect of Siobhan-Marie O’Connor being pressed into service for the breaststroke leg, even though she’s probably the best fly swimmer right now. Jemma Lowe or Rachael Kelly are more than capable butterfly deputies, the latter victorious in Glasgow in 58.47, while O’Connor will be a the end of a heavy week of racing but may well have to swim the heat and final to be sure of getting an evening swim and securing a place in Rio. It all adds a layer of complexity to the team picks that the selectors could have done without.

When Britain’s team for Kazan was announced it was probably the inclusion of Adam Barrett that raised the most eyebrows. After all he was only third at trials, in a race won by Tom Laxton. It seems his relay performances from last year swayed the selectors, who had one eye on a potential medal in the men’s medley relay.

Laxton had a chance to press his case in Glasgow and he duly won the individual 100m fly in 53.06 then split a 52.41 in Loughborough’s medley relay. That individual win is faster than all but one of Barrett’s in-season performances this year, albeit Barrett gets his right of reply in Vichy this coming weekend, and there’s no sign of one of the contenders having advanced their case for selection irresistibly thus far.

It will be interesting to see whether one of other gets the chance to show their form in the mixed medley relay or if heat and final duties are already set to be split. The relay’s chances will hinge on the fly leg, with Britain’s first two legs in the world class bracket. last year Barrett was like a man possessed in the relays, but has been short of the individual performances he set last year so far this season. Laxton is in theory the man in the driving seat following his convincing victory at trials, but there are probably a few twists left in this particular tale.

One thought on “Four Pointers from Glasgow to Kazan”