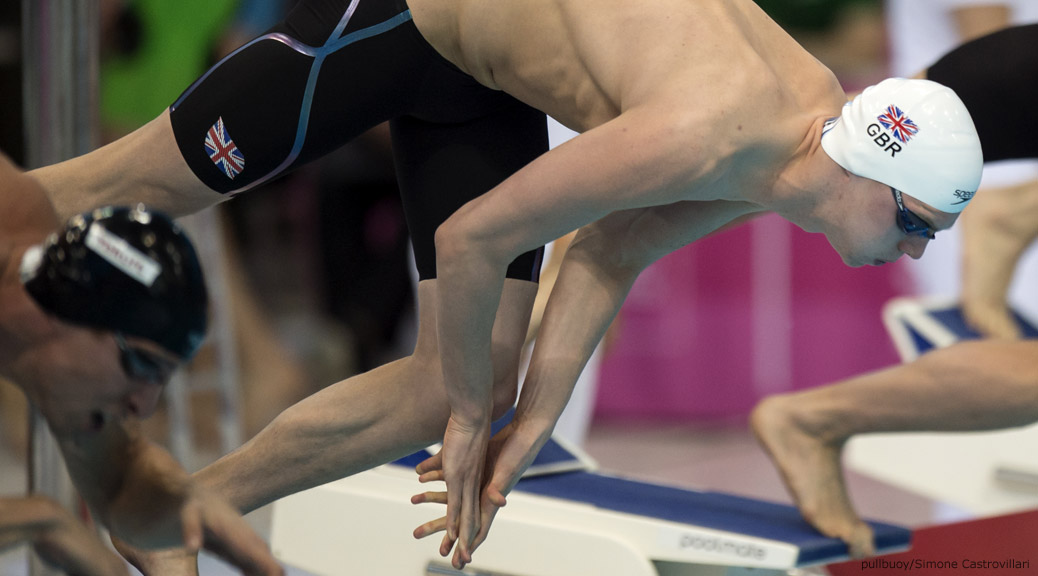 The week at trials in Glasgow was going quite well for Duncan Scott as the last evening session got underway. He was by then national champion in the 100m freestyle in a personal best time, and potentially had booked a spot in the medley relay, but there was nothing concrete leading into the final event of the whole meet. And that last event? The 200m freestyle, possibly the most competitive men’s event of the week, and with it the chance to gain a space on the World Champion 4x200m freestyle squad, one that was as nailed-on a prospect for Rio as it was possible to get.

“Everyone was thinking that there could be eleven guys that could make that team” Scott recalls, having got himself into the top 4 places and on the plane to Brazil. “A few people missed out who perhaps didn’t swim as well as they could have, but I’m delighted that I made it.”

“Even after Worlds I was still a bit hesitant about making the Olympics, but I got a couple of good short course meets in going into December and then I sat down with Steve [Tigg, his coach] and we were like, yeah this could be a possibility. I think he saw it more than me, I was still doubting, but you know, I’m delighted with the fact that I’m on the team.”

Not that everything was entirely rosy. Scott had led the way in the heats, but fell a little off that pace in the final. “I’m a bit gutted that I didn’t swim as fast as in the heat and maybe got distracted slightly by Jimmy” he says, referring to James Guy who blitzed the field over the first half of the race from the adjacent lane, on his way to the fastest time in the world. “I think a bit of inexperience played a part there.” 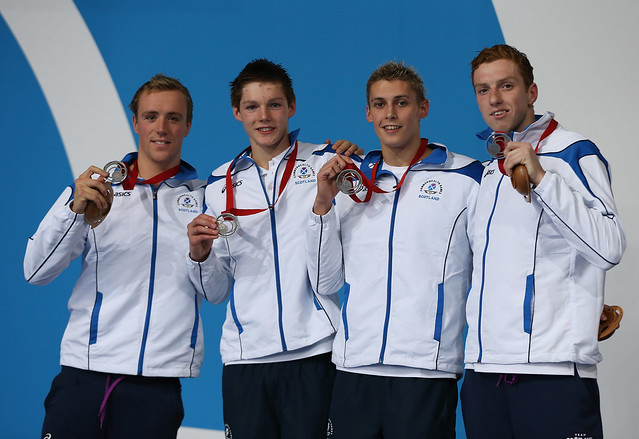 Duncan could yet reunite with his Scottish Commonwealth Games teammates in the 4x200m freestyle relay in Rio – all are in the squad. Pic: Flickr/Scottish Swimming

And that’s a critical point. With his rapid development it’s easy to forget that this is a swimmer embarking on only his third season of senior international competition, on a journey that started with his appearance at the 2014 Commonwealth Games. Even so, it was only a year ago that he was winning gold medals at the European Games, still in the junior ranks. A chance to gain more senior experience at the recent European Championships in London was hence an opportunity welcomed. “Europeans have helped me so much; I’ve learned tactics, different ways to swim the races, it has been great.”

It also saw him restate his relay credentials – “love a relay. I don’t really know many people who don’t love a relay!” – as a member of the 4x200m freestyle and 4x100m medley teams. On the former he advanced his case to be in the first choice quartet with a split of 1:47.80, second only to Guy in that team, but the squad as whole perhaps fell shy of external expectations. That pressure, though, sits lightly on Scott’s shoulders, even though he has a world championship gold medal in his drawer at home courtesy of a heat swim in Kazan.

“It doesn’t weigh on me. Because being part of the heat swim no one is really looking at me as one of the swimmers, but I don’t think anyone is feeling pressured by it. It’s something that we take in our stride” he says, while also acknowledging that their 2015 result does make them a target. “Other countries are obviously going to want to beat us, we’re sort of the team to beat; maybe not so much after the Europeans, but you know, that’s just the way it is. But London went incredibly well considering where we were in the season. Everyone is looking forward to the opportunity to try again in Rio.”

While there was perhaps a little disappointment in that team, the medley relay provided him exactly the opposite experience on its way to gold. As James Guy completed the fly leg Scott was left with a healthy lead but the formidable figure of Florent Manaudou a few lanes over on the anchor for France. There’s no question how he felt about it. “That’s why I’m in the sport, they are the moments that I want to be in” he say unequivocally, while at the same time revealing he felt just the tiniest bit of pressure. “I couldn’t really let it slip, the two and a half or three seconds advantage that I had, I was just thinking in my head what an embarrassment that would be!” And this was also a chance to show some racing maturity. “It’s just focus on what you do and that’s when the processes come into it. So I think about what I’m doing, going out at my speed, not Manaudou’s speed. He was out a lot quicker, by a second, but I brought it back quicker than him. So there’s different ways of swimming it, you’ve just got to really think about what you’re doing. The experience of the Europeans has helped me a lot more with that.”

As for the Games themselves, all indications are that Scott will get his pair of relays and may yet get an individual swim, but he’s clear what would constitute a successful competition for him. “To be able to sit down afterwards and know I did as well as I could, to sit down with Steve and Ben [Higson, his other coach at Stirling] and know we did everything we could in the build up so that I swam as well as possible and executed things as well as possible.” If he does that in the 4 x 200m final on the night of August 9th then he may well bring home more than just a sense of satisfaction in his Team GB luggage.

One thought on “Scott fixes sights on Rio Relays”