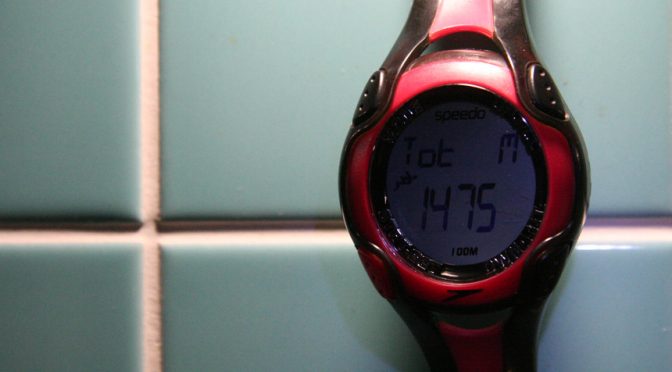 To ask us a question please use our contact form.

How do I convert a time?

You can use the pullbuoy convertor which is located here

Why do we need time conversions?

Generally speaking times for a given distance are faster in shorter pools; for example the 100m Freestyle world record of 46.91 set at the Rome World Championships, is almost two seconds slower than the equivalent short course record of 44.94. This is due to the long course race having fewer turns, and the fact that the push off from the wall allows a swimmer to move faster, and often with less drag, than normal swimming. This difference was exacerbated by the recent prevalence of high performance suits. Interestingly enough, the LC record is faster than the currently published ASA Equivalent Performance tables will allow. Using the methodology behind those tables however gives a converted time of 45.11; not far behind the SC record.

How do the conversions work?

There are three methods used in the pullbuoy convertors:

This method used the ASA comparative performance tables. A points score is determined for a particular swim, either long course or short course. The time corresponding to that score is then looked up in the appropriate table for the other course. This is the converted time. Although this is not a foolproof method, it gives a good guide for conversion.

The pullbuoy convertor also uses the ASA’s Equivalent Performance Tables originally commissioned by the ASA and developed by Rex Smith. Based on empirical data these allow direct comparison of times in a range of pool lengths in both metres and yards. The range of times covered by the tables is in line with current World Records, National Standard Times and the lowest grade of the Graded Swimming system.

Tables can be downloaded from the ASA website. A time is converted by looking up the time swum in the column corresponding to the correct pool length in the table corresponding to the correct event. The gap in times noted in the tables varies as times get slower but is always 0.1, 0.2, 0.5, 1.0, 2.0 or 5.0 seconds. Since swimmers don’t usually swim the exact times contained in the tables, interpolation is required to achieve the desired conversion. This process is automated by the pullbuoy convertor.

PLEASE NOTE: the conversions outlined here should be used as a guide only. Whilst every effort is made to provide accurate conversions, pullbuoy cannot be held responsible for any consequences of usage of the results. If you intend to use the results from this conversion utility to enter an event please check your time with your club secretary or coach.

Why do conversions depend on gender?

Men generally have an advantage in their turns compared to women since they are on the whole taller and have more explosive power in their legs. Hence they benefit relatively more than a women in a short course race when there are more turns. Also there is an argument that men “swim” a shorter race since their height allows them to turn sooner and they get more speed in the push off from the wall, increasing the distance they travel underwater. As a result the conversion factor is different when converting to and from long course since having fewer turns has more of an effect on a man’s time. However, this only affects the factors and points methods as the ASA tables are independent of gender

Interestingly the conversion factors from short course metres to short course yards are the same for both women and men, since there are the same number of turns in both events and the only factor is the shorter distance swum overall.

Have you any 33.3 metre pool conversion tables?

The pullbuoy convertor deals with 33 and a third pools using the ASA equivalent performance tables.

Are the conversions supposed to be equally valid for children as well as adults?

As far as we know yes – if anyone knows differently please let us know.

Do you have conversions for long course to short course for butterfly, backstroke and breaststroke

100m and 200m conversion factors for those strokes are given below, or you can use our conversion utility to do them

Do you have any conversion tables for 25 yard pool to 25 metre pool? This would be useful as we train in a 25 yard pool

These conversion factors are shown below for the NCAA method or you can use the pullbuoy general convertor.

Do you have a conversion for ‘x’ event?

This is by far the most common question asked. The factors shown below are the only ones published by NCAA. The tables and points methods outlined above and implemented in our latest convertor provide conversions for events without factors.

This is a very tricky thing to do – there is far more to the conversion than simply multiplying by four. Other factors such as turn technique, aerobic conditioning and mental strength will all play a part to some degree or other. Consequently there is no magic formula for accurately carrying out such a conversion.