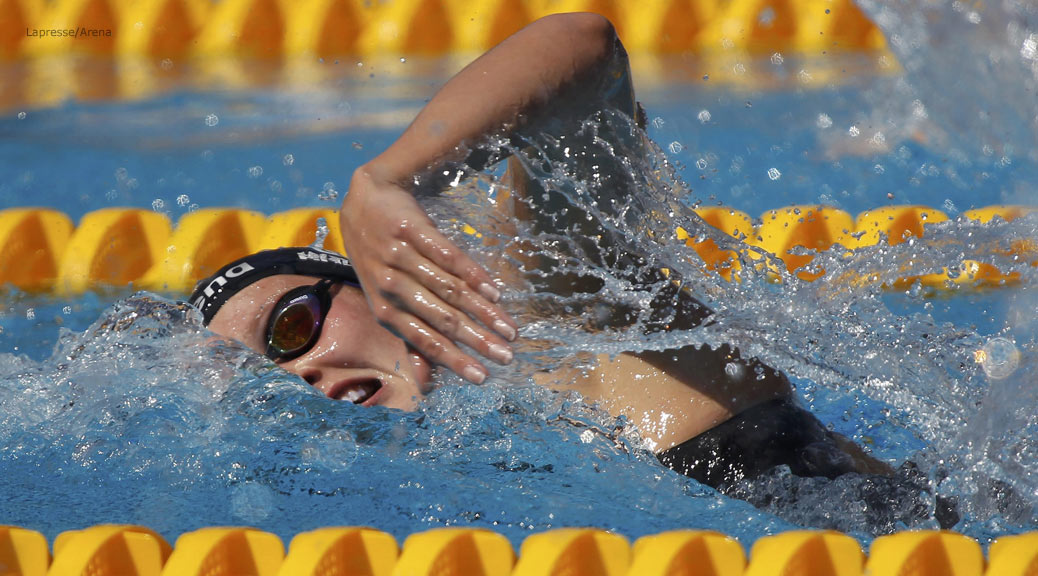 It may not be the best swim that Francesca Halsall produced in her long and decorated career. It certainly wasn’t the fastest 50m freestyle, which came a year later with a blistering 23.96 to win Commonwealth gold in Glasgow, the fasted in textile at that point.

But context is important. After a difficult 2012 Olympics, where hampered by a shoulder injury, Halsall didn’t deliver on the medal potential she so clearly possessed, she had left London dejected. A change of coach to James Gibson after a brief stint swimming “for fun” with Ian Hulme, coupled with the help of a sports psychologist, had helped her regain equilibrium, but a good performance a the Barcelona world championships would really help solidify her return.

And then there was the wider context. Britain as a team had underperformed in the pool in London, and in the post games shake up had changed performance director and head cosh, instigated a change t unfamiliar late trials which led to a team following an unfamiliar preparation as it headed to Spain. All of which manifested in the pool – seven days of swimming passed with not a single medal on the board.

For a fledgling daily podcast this was depressing stuff; 7 days spent discussing British near misses while trying to remain optimistic. Halsall was the last hope, swimming the 50m freestyle final on the closing night to try and rescue something for Britain from those championships.

She started well in that final and at 40m was well in contention to win it, before being out-touched at the death by Ranomi Komowidjojo and Cate Campbell. But 24.30 on the clock and a bronze medal around her neck, Britain breathed a sigh of relief and Halsall regained her belief.