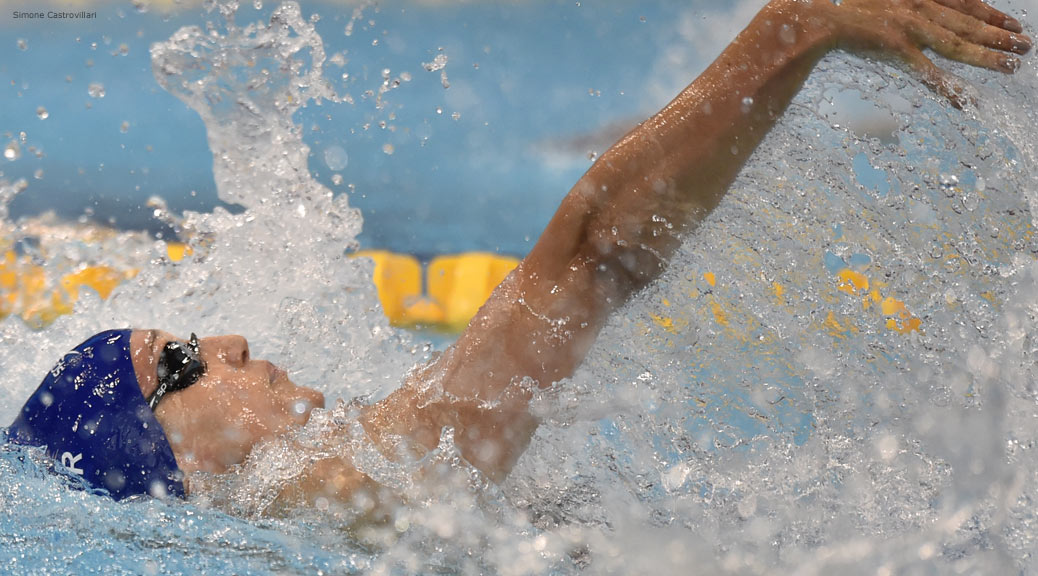 Britain’s Olympic swimmers assembled in Barcelona for the final leg of the Mare Nostrum tour over the weekend, the last time they will be together as one until they jet off to their holding camp in Belo Horizonte in July. Once again the team’s aim was to race tough, and by doing that they collected a hat ful of medals. And just maybe there were clues as to what may happen with selection in Rio.

Leading the way as ever was Adam Peaty who set a meet record to win the 100 breaststroke in 59.07. That’s not quick by his own stratospheric standards but was enough to hold off Brazil’s Felipe Da Silva by 0.2s. Teammate Ross Murdoch was third in 1:00.70. Peaty returned to the top of the podium in the 50m, holding off Da Silva again to win in a speedy 26.68.

Jazz Carlin continued her good form from Canet ticking off two more wins with top spots in the 800m in 8:31.96 and 400m in 4:05.69. That’s slower than she managed in France during the week, but she was never pressed, winning  by a clear  margin. Coming home second was GB teammate Camilla Hattersley who set a new personal best of 4:09.39, improving again from her swim in London. That final also boasted something of a collector’s item: Katinka Hosszu trailing in dead last in a 4:23 and just maybe looking a little tired after her trademark heavy programme.


Britain’s final double winner was Georgia Davies who took a 50m and 100m backstroke double, exacting a measure of revenge over Loughborough teammate Francesca Halsall in the sprint event to win in 27.92 and taking the longer event in 1:00.49. Halsall  also took runner up spot in the 50 free, her 24.63 putting her just behind Sarah Sjostroem’s 24.45.

Stephen Milne took the win in the 1500m freestyle at the head of the second day, while World Champion James Guy won the 200 freestyle in 1:46.91. That held off Japan’s Kosuke Hagino and South Africa’s Chad Le Clos, with Duncan Scott a close 4th in 1:47.74. The final also included two more of the contenders for the 4×200 team in Rio as Ieuan Lloyd came home 7th in 1:49.63 and Milne, not long after his 1500 exploits, 8th in 1:50.89. He had earlier swum 1:48.96 in the heats. Cameron Kurle backed up from Canet to take 2nd in the B final in 1:49.61 with Dan Wallace fourth home in 1:50.36 to round out the relay contenders who took part – Robbie Renwick was notable by his absence from the meet for family reasons.

Selection gymnastics remain to be undertaken for that relay but there were a couple of potential hints with both Wallace and Lloyd swimming the 200 IM and Wallace not taking on the 400. They took second and third respectively in the short medley but there are still many permutations to work though. Max Litchfield was 6th but he went better in the 400 IM with 3rd in 4:17.72. Hagino was well clear of the field in both.

Of those who didn’t take gold Chloe Tutton was perhaps the pick. She took a brace of silver medals in the 100 and 200 breaststroke with times of 1:07.74 and 2:23.87. The shorter event was just outside her PB established in London, while the 200 is a time she’d never swum rested before trials, so to knock it out in heavy training is hugely encouraging. Molly Renshaw was 4th in the 200 in 2:25.68 in a final that also featured Hannah Miley and Georgia Coates.

Ross Murdoch took a second bronze in the 200m breaststroke with 2:10.25 for 3rd behind Marco Koch and Anton Chupkov but the winning time in the 2:09 range will not worry anyone too much. Britain’s Rio representatives Craig Benson and Andrew Willis both swam the B final with Benson winning in 2:13.63 and Willis 4th.

Honourable mentions should go to Sarah Vasey and Jessica Fullalove who were the only British medallists not going to Rio. Vasey clocked 30.79 in the 50 breaststroke to take silver behind Ruta Meilutyte, ahead of European champion Jennie Johansson, while Fullalove claimed bronze in the 50 back behind her two British teammates.