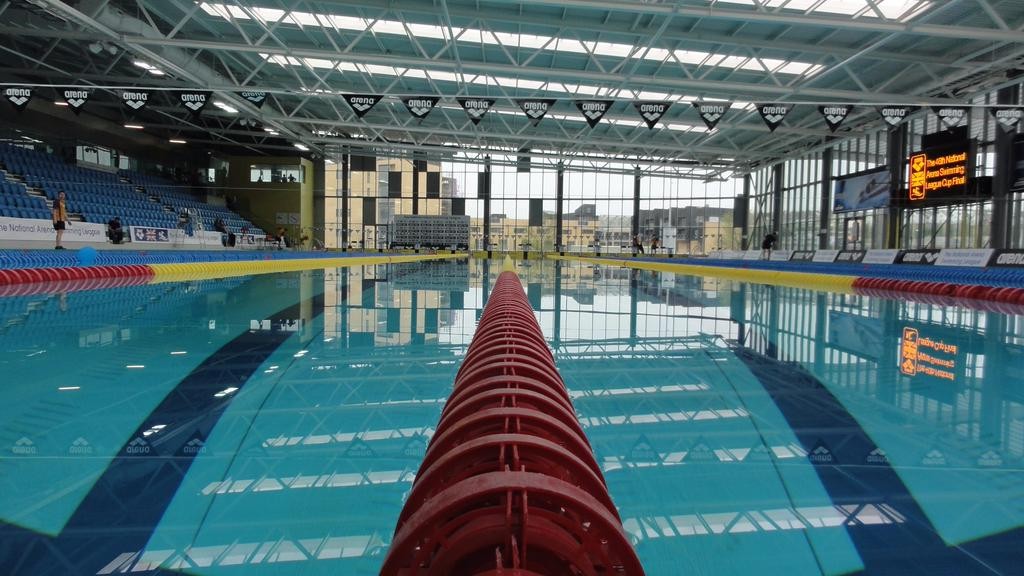 Plymouth Leander were once again crowned National Arena Swimming League champions at this weekend’s finals in Cardiff, as they retained the trophy and secured their fourth consecutive title, and seventh in eight years. The Devon club didn’t have it all their own way however, and had to work hard to overcome a spirited challenge from City of Guildford SC, who were only subdued in the last batch of relays, the final winning margin 362 to 342.

Plymouth started brightly with Olympic champion Ruta Meilutyte taking the opening 200IM and Joe Hulme the runner up in the men’s equivalent. But Guildford worked their way back into the lead through the following relays and the initial batch of age group swimming, Jordon McPhail and Tatiana Belonogoff taking wins as Leander stuttered and Guildford outpaced them in several events.

The south east club were buoyed by the return of long time member Marco Loughran, who took the men’s 100m backstroke, and Danish World Champion Jeanette Ottesen who won the women’s 100m butterfly in a swift 57.92, a finals record and the best female performance overall.

And talking of 57.92, there was a cameo appearance from new world record holder Adam Peaty who easily won the men’s 100m breaststroke racing in Lane 10, something he’ll not have to do much this year, and contributed to Derby’s medley relay success. Peaty was named the top male of the meet.

But back to the main tussle; Antony James cancelled out Ottesen’s win in the men’s fly, but Guildford had a slender edge in the younger age groups, McPhail popping up with another win, and his teammates getting the better of their Leander counterparts, until Oscar Brain in the boys 13/under backstroke and Laura Stephens in the girls 15/under fly reasserted Plymouth’s claim to the title with back to back wins.

Meilutyte took an expected victory in the 100m breaststroke, while Shauna Lee was just out-touched by a swift 55.97 from Stockport’s Lauren Quigley in the 100m freestyle. Ben Proud won his rematch with Callum Jarvis in the men’s 100 free, posting 50.16 and cementing Plymouth in the lead as the final relays began.

It looked like it might swing Guildford’s way though, as they won the first two age group relays and re-took the lead but Plymouth’s depth told as they won both the 15 and under relays and outpaced their rivals in the 6×50 cannon events. That final flourish showed in the relay challenge, where Plymouth won by just 2.85s, and secured them overall victory at the death.

In the B final, swum the day before, it was victory for City of Sheffield, who defeated hosts City of Cardiff, 367 points to 341 after another close battle. Cardiff started the better, winning the first three events, Xavier Mohammed’s 200IM earning him top male honours, but the Yorkshire club’s strength told over the course of the meet.

Nick Grainger celebrated world championship selection by taking wins in the 100m freestyle and 100m breaststroke, while Becky Turner was named as Female of the meet for her 100m freestyle victory.