Following on from the British ladies success in making the NCAA championships, Britain will also have four swimmers competing at the equivalent men’s competition, which takes place from the 26th to the 28th of March in Iowa.

Heading three returning competitors Florida’s Dan Wallace goes in the 400IM, 500y freestyle and 200 fly, as well as likely being on the 800 freestyle relay. The Commonwealth 400IM champion last year, Wallace is seeded to make A finals in that event and the 500, and in line for a B final spot in the fly, but will be looking to move up the leader board in all events; a podium finish in the 500 is a real possibility.

Also returning are Tennessee’s Tristan Slater, from Millfield and Auburn’s Joe Patching, of Plymouth Leander. Slater is in for the 200IM, where he’s seeded for the B final, and will swim the 200y breaststroke. Patching will also contest the 200IM, and adds the backstroke double, where he has a strong chance of making the A final in the 200. 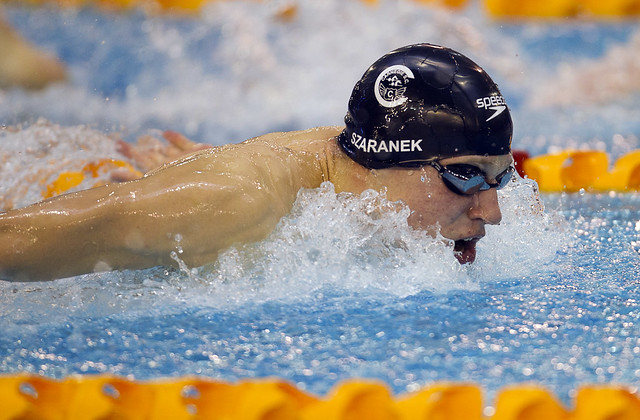 Wallace’s Florida team mate Mark Szaranek is the newcomer in British terms, making the NCAA cut in his freshman year. He’s slated for both IM events and indeed is seeded third in the 400IM. Hanging onto that spot will be tough, but it represents a great first season in collegiate swimming after moving to the US from Carnegie SC.