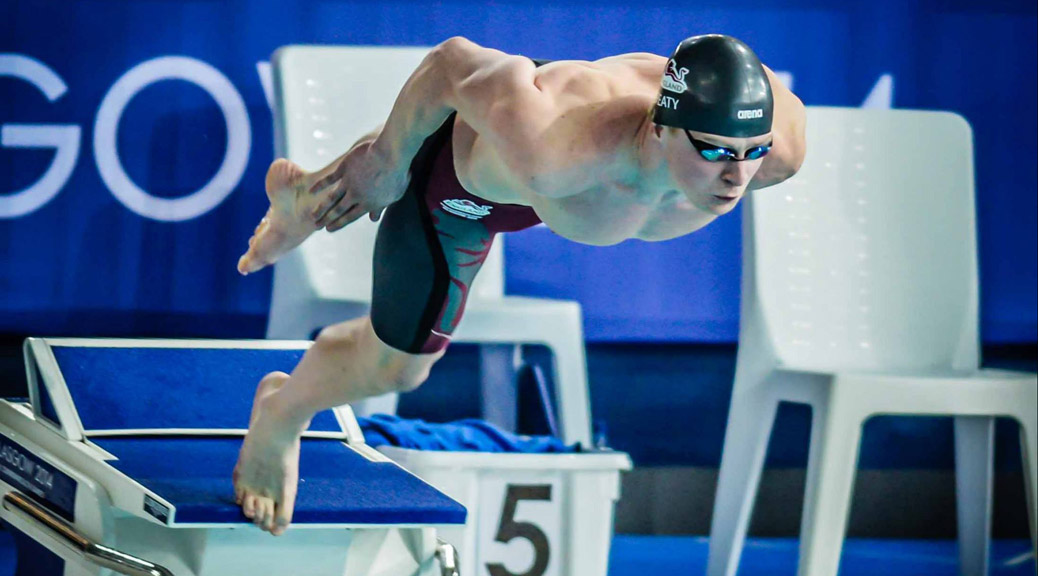 Adam Peaty will not need to better his 100m breaststroke World Record to win gold in Rio according to predictions made by German swimming coach and statistician Joshua Neuloh. He has pulled together his quadrennial Swimnex summary of predicted time standards at the Olympic Games which show a time of 58.14 being enough for Gold on 7th August. That of course is a time that only Peaty has ever swum, so it probably doesn’t change anything as far as the Derby man’s chances are concerned, but the predictions also go on to say that it will take 58.84 for the podium spots – something for Ross Murdoch to consider perhaps.

Neuloh has been working with Olympic Medalists, World Champions and World record holders in for many years and has been nominated as Assistant or Head Coach for every major championships since the Beijing Games in 2008, while currently he is the performance director of a professional programme in Germany including World Champion Marco Koch. His predictions arise from his own algorithm, which is based on past performances but draws in other variables. The mathematical model includes all races at Olympics and World Championships over the last 20 years, but adds in his own coaching experience of preparing athletes for the Olympic Games to tune the output.

Get the full table here

The table determines the progress of swimming performances within a standard range of probability. There is a margin for error, but across all events it is claimed to be very small, apparently borne out by the results of the last Swimnex table produced for the 2012 Games. This predicted all stages in the women’s 50m freestyle women with an average error of just 0.01%. while overall the predicted times were within 0.2% on average.

But they aren’t perfect, and looking at the predictions for Rio, there are times for gold that seem outlandish both in their speed and indeed in their lack of pace. For example it’s easy to See Katie Ledekcy winning the 400 free in 3:59.12, but it seems highly unlikely that she will be as a slow as 8:11 for gold in the 800m event. Neulouh defends his predictions against the suggestion by saying “Of course, there will be certain outstanding performances by athletes like Katy Ledecky. However, history tells that not always best times are swum at the Olympic Games. These astonishing times in the last two years showed what she is capable of, but it is suggested that the 800m freestyle women in Rio will not be won in a new world record time.”

Meanwhile, a predicted world record of 4:27.38, surpassing Ye Shiwen’s 2012 mark in the 400IM looks on paper to be beyond the reach of even Katinka Hosszu, but a swim to remove Paul Biedermann’s suited world record in the men’s 400m freestyle would be welcome – the Swimnex table predicts 3:39.92 for the win there.

There is a scientific basis for these predictions, but with so many variables surrounding sport and indeed the humans that participate, it’s hard to take these without a pinch of salt. They do make an intriguing counterpoint to “gut feel” predictions about the outcomes in Rio, but no amount of speculation will prove or disprove these predictions, only hands on the timing pads in the Games pool. One interesting footnote for British fans – Swimnex predicts that the last British women’s world record will go with 57.90 for gold in the 100m backstroke a time that would remove Gemma Spofforth’s 2009 mark. That’s one that feels eminently plausible.