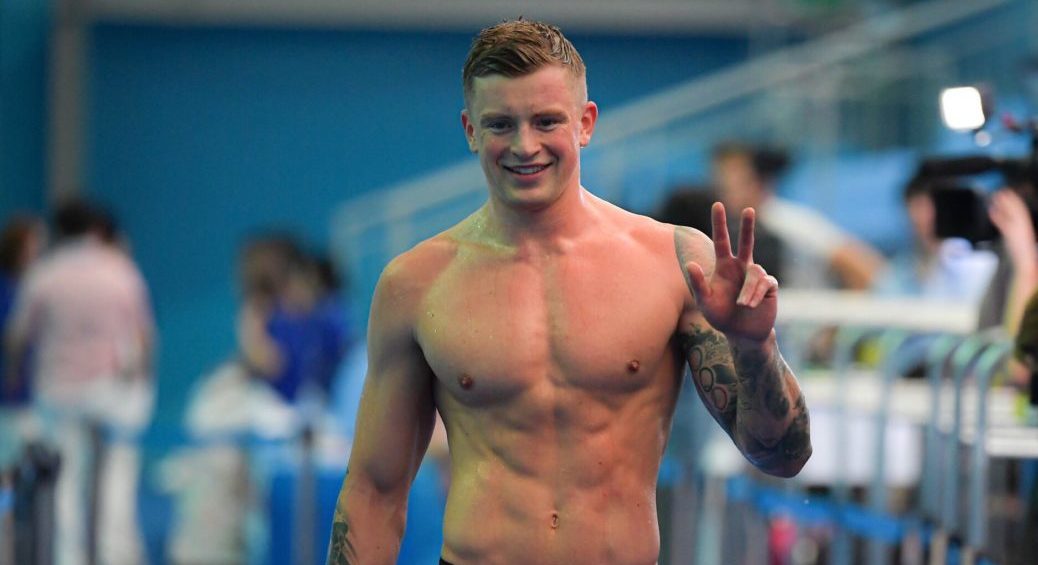 Two days down and a pair of medals in the bag courtesy of the brilliant breaststroke boys. Here are some initial GB thoughts after two nights of competition in Korea

Peaty still has the X Factor

It’s not that anyone really thought he would lose his 100m breaststroke title, but it was the manner of his defence that astounded.

The 5th fastest time ever in the heats swiftly became the 6th fastest ever as Peaty took a hammer to his own world record, smashing through 57 seconds in 56.88 – delivering on ‘Project 56‘ and cementing another milestone for himself. He’s now the first and only man under 58 and 57 seconds in this event.

The psychological blow of that semi swim to his fellow finalists cannot be underestimated, and the final went to type: a close start and then domination from lane 4, the time an irrelevance as Peaty stormed home for a three-peat in this event. It says everything about Peaty’s standards that 57.14 seemed underwhelming.

So on to the 50 – on paper this looks much closer with Brazilians Felipe Lima and Joao Gomes Jr lurking ominously. The 100 result probably changes that perspective a bit, not least in the minds of his rivals, and this site picks Peaty as an almost unbackable favourite at 19/2 on, with the Brazilian pair way off. Nobody will be counting chickens in the GB camp and there will be no complacency though, last year on the Gold Coast taught us that, but that World Record best look out

Peaty is the obvious example, but it seems that the Loughborough breaststroke programme has nailed their final run in to this meet.

James Wilby in the next door lane to Peaty swam a big PB that moved him up to equal third fastest all time in 58.46s and which earned him a silver to boot – his 200m could be something special this week.

Meanwhile, Molly Renshaw belied her reputation as a 200m specialist by twice breaking her 100m breaststroke PB on the way to the individual 100m final – her semi final swim of 1:06.73 representing an improvement of 1.02s in a day. Again this is great news for what most would say is her better event later in the week.

If there was a surprise on the opening day for British fans it was the sight of the men’s sprint freestyle relay team qualifying second from the heats. I can’t have been alone in doing a double take at that, but there they were, leading the chasing pack behind the US and securing that relay a spot for Tokyo.

Given the fact that most teams switched it up for the final and GB remained with the same quartet of Duncan Scott, James Guy, Ben Proud and Scott McLay, it was always likely to be tough to maintain that position, but a final placing of 5th was way above expectations and just off the super suited British Record; all four swimming faster than they had in the morning and McLay eye catching in dipping his split under 48 seconds.

With the emergence of Matt Richards at European Juniors and David Cumberlidge also smashing his PB at the Universiade, this relay is showing promise at last. While the 4×200 and medley relay teams have been merrily hoovering up medals for the past few seasons the sprint team has been sidelined. Perhaps this can be a new dawn.

Guy still looking to reap the benefit of focus

In the recent past we’ve seen that James Guy has tended to swim into meets and with the 400m now gone from his repertoire, the chance for a day 1 blow out may have done his chances in his main events a power of good. He was on strong form in the relay, with the fastest GB split of 47.72 in the final, and carried that into the 200m individual heats where he led the way. Then in a blanket finish in his semi he was locked out of the individual 200m final, despite a strong 1:45.95 – his fastest time since the last world championships.

That’s not entirely according to plan but with no middle distance free and no 200 fly to worry about, he now just has the 100 fly and two relays to come. There’s still time for that tighter focus to pay dividends this week.

One thought on “Opening nights: first notes from Gwangju”