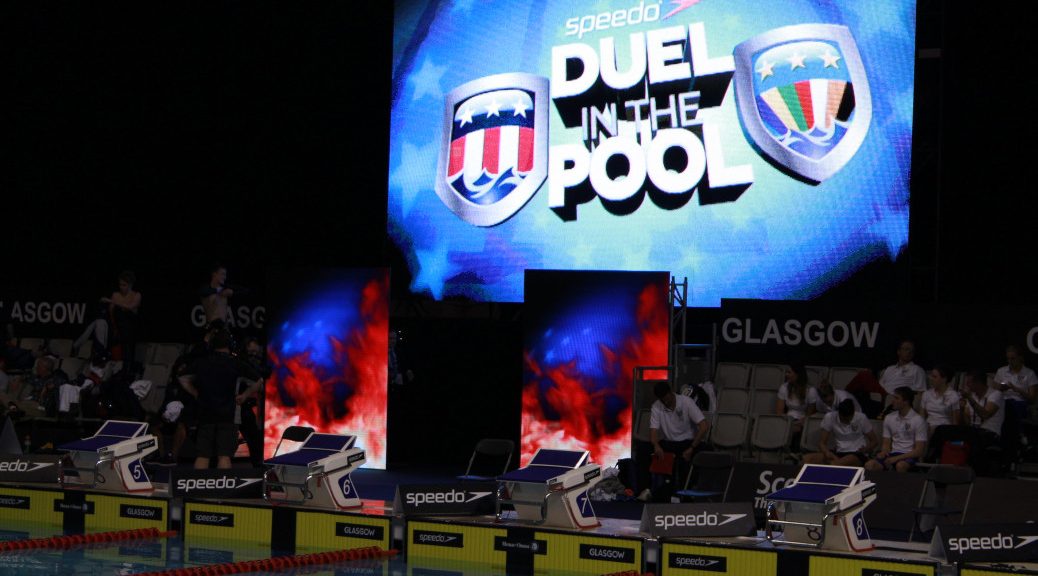 Back in 2013, when the ISL was so far fetched as to seem like the wildest of fantasies, we simply didn’t get to see the world’s greatest swimmers going at it head to head in team competition

Having started in 2007 as a head to head between the USA and Australia, the Duels had morphed into a Ryder Cup style competition with Europe taking the place of their antipodean counterparts. What hadn’t changed was the dominance that the American team showed in this format, buoyed by experience of college dual meets and a great strength in depth; in the five competitions since inception the closest margin had been 52 points in the final match up in Australia. So nobody was expecting anything very different in the 2013 edition, especially when the US named a team containing 11 Olympic champions. It was a foregone conclusion we all thought, but it might fun nonetheless.

And yet, how wrong we were.

At the end of day 1 Europe had taken a scarcely believable 14 point lead, the score of 68-54 leaving the US with it all to do on the second day. It was nip and tuck all the way through the individual events as the Americans chipped away at the deficit until they drew level with the final individual race. Just relays to come then; the women’s 4×100 free went Europe’s way but predictably the US hit back in the men’s equivalent, leaving the meet all square at 131-131.

What now then? Sudden death that’s what. A winner takes all mixed 4x50m medley relay to decide the outcome. It couldn’t get any more tense.

Europe put up a foursome of Chris Walker-Hebborn, Damir Dugonjić, Jeanette Ottesen and Francesca Halsall, while the US went with Eugene Godsoe, Kevin Cordes, Claire Donahue and Simone Manuel. As it had been all session it was close but the US had eked out the slightest of advantages as the anchor legs loomed: Halsall vs Manuel for the meet.

The history books show that Manuel held off Halsall by 0.2s and that the US won by a solitary point, but the meet gave everyone a taste of how exciting this format could be. Sadly it never lived up to that promise with a return to American dominance two years later and the event being quietly shelved thereafter. But for that one moment the pool deck at Tollcross was the most exciting place to be.

The video below shows the climax to the meet, from the last two freestyle relays through the sudden death finale. You can also catch up on more detail in our 2013 podcast reviewing the event.