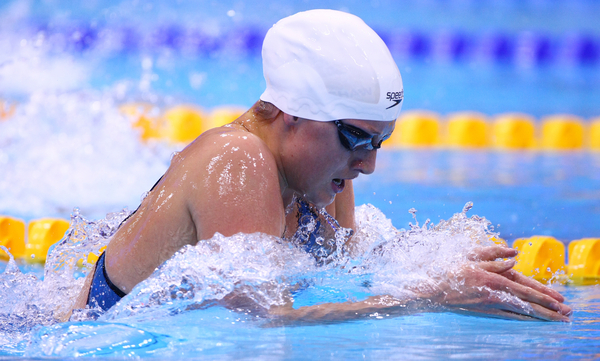 Trials season is upon us once again with particular interest for British swimming followers in events taking place in Glasgow, where the home nations will start to pick their Commonwealth Games squads. Firstly Scottish swimmers at the Scottish National Championships will have the chance to set a marker, before the British Championships take place in the same Tollcross pool. Performances at that second meet will count towards selection for all four UK teams heading back to Glasgow in the summer for the Games themselves.

But the means by which those performances are assessed varies somewhat between nations, with each of the four setting their own different section criteria.

Scotland’s policy is perhaps the simplest of the lot with a set of qualifying times, no limit on the number of swimmer that can be selected (beyond the Commonwealth Games Federation mandated limit of 64 athletes across all aquatic disciplines) and performance assessed in two tranches. The first encompasses performances in Glasgow at the two national championship meets, with the second being a late selection meet at the end of May to fill any remaining spots on the team.

Following a similar route is Wales, but with the added twist of pre-selection based on 2013 performances. That latter clause led to seven swimmers being inked onto the team sheet at the tail end of last year, being Jazz Carlin, Georgia Davies, Jemma Lowe, Tom Haffield, Rob Holderness, Ieuan Lloyd and Marco Loughran. If spaces remain after extra swimmers are added following performances at the British Championships, based on 3 per event, they can be filled from performances at the Cardiff International Meet in May. The policy then allows for development selections of swimmers under 19 and 20, for female and male swimmers respectively against an easier set of qualifying times if the team is smaller than 16, to top it up to that number.

Northern Ireland’s selection remains a slightly grey area – they have published consideration times, but final numbers are yet to be confirmed with the Northern Ireland Commonwealth Games Council and swimmers achieving the times are not guaranteed selection. No policy has yet been made public to confirm how numbers could be whittled down, although as the qualifying period runs from the 1st of January to 30th April, coaches will probably have seen it.

Talking of grey areas, that leaves England, whose policy is such that a calculator and maths A level will be needed to determine who is in and who is out, meaning that selection can’t be confirmed until every event is swum in Glasgow next week.

In simplistic terms there are a set of qualifying times which have been set based on the 3rd ranked Commonwealth swimmer in the world rankings as at 15th September 2013. That date is important because there were a number of faster swims after that date which would have affected the qualifying standard, notable from Brit-turned-Aussie Ellen Gandy in the 200 fly and England’s own Aimee Wilmott in the 400IM. Performances of the top 3 English swimmers in each Olympic event in the trials will be ranked based on the percentage difference to the published qualifying times and starting at the top of the list swimmers will be picked up to a maximum team size of 36, taking into account freestyle relay selections for the top 4 in the 100m and 200m freestyle, assuming their cumulative time meets the published standard – this seems like a formality. Note that there will be no direct qualification for the form 50s, which can be filled by other selected swimmers.

What’s interesting is the use of Commonwealth rankings for the qualification times. British Swimming selections are usually based on world rankings, so there is a general level of consistency in the difficulty across events. Because of the variable nature of the quality across the Commonwealth – the QT was world ranked 7th in four events (the highest) and 18th in the women’s 100m freestyle (the lowest) – it’s clear that the relative difficulty is not the same in each event. Looking at FINA points scores, the toughest time has a score of 941 in the women’s 400 free (courtesy of Jazz Carlin) and the easiest a score of 851 in the women’s 200 fly; this variance could lead to some interesting outcomes when performances are ranked by percentages.

Confused? Well it’s certainly not straightforward, so in order to try and assess what it means for performances in the pool, we took the 2013 rankings for the top 3 English swimmers in each event and ran it through the selection policy. Only 8 swimmers met or bettered the qualifying standards, so getting under them will almost certainly assure selection, but for the rest it will come down to getting as close as possible to the selection times.

Assuming a full complement of relay swimmers, and for simplicity not considering that those swimmers will qualify in other events as this gives the smallest number of individual berths available, our analysis concludes that the cut off will fall at about 1.5% above the qualifying times. Within that boundary selection looks fairly assured, give or take one or two spots. Then, up to around 2% above the qualifying time, things start to get very dicey as selection looks to be contingent on people doubling up in relays or electing not to swim events. Outside 2% and selection looks unlikely.

All of this is highly theoretical of course, some swimmers will swim slower than they did last year, many will take strides forward, and others will drop or add events, but it gives a good basis to assess the results until the picture is complete.

Once the meet closes, we’ll have a good idea of the make-up of the teams the Celtic nations will send to Glasgow. As for the England team, you’ll easily be able to spot the selectors; they’ll be the ones with the calculators.

One thought on “Commonwealth Selection – England Pose The Biggest Questions”