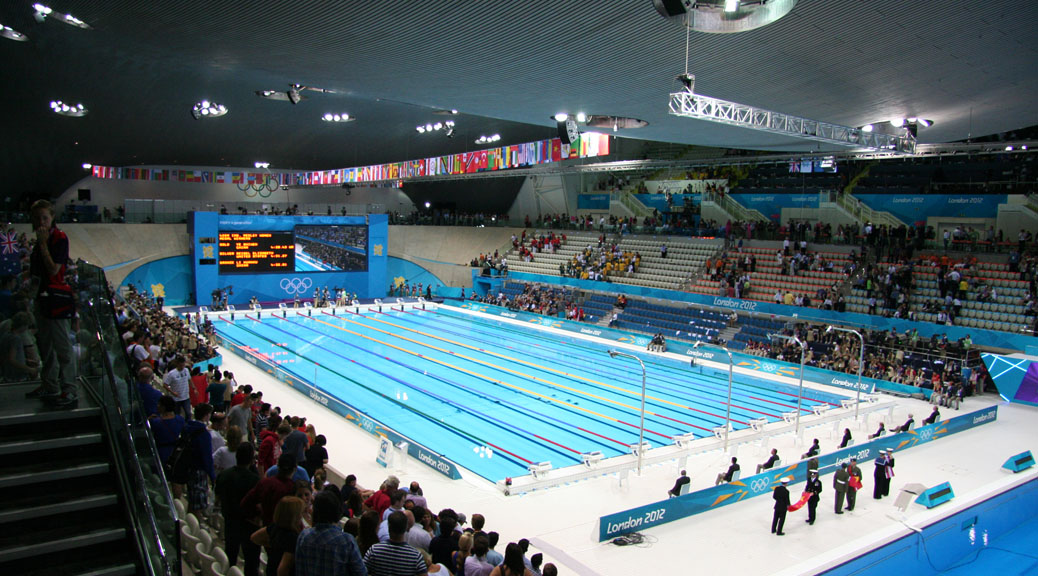 The London Aquatic Centre reopened a fortnight ago to great fanfare, as the self-proclaimed “greatest municipal pool in the world” opened its doors. And the reaction has been overwhelmingly positive, as Joe Public took to the same lanes that two years ago saw the end of the illustrious career of Michael Phelps and a host of Olympic Champions crowned.

Now shorn of its temporary wings the pool building has taken on its proper form, with huge windows letting light flood into the pool hall and giving a tantalising view over the Olympic park. This legacy transformation was always the intention, and everyone in the sport can be thankful that the pool has avoided the fate of its 2004 predecessor which sits virtually derelict on the outskirts of Athens. Complaints that the seat numbers would not allow the pool to host a world championship are wide of the mark, given that the meet has only once taken place in a permanent pool in the last 15 years in 2009 at the 1960 Rome Olympic pool, with the trend very much towards temporary tanks in multipurpose venues. The venue will still be the home of the 2016 European Championships however, and could yet form part of a putative London bid for the 2022 Commonwealth Games.

So in venue and public access terms the legacy is sound, and British Diving have placed a performance squad, including one Tom Daley, at the pool, which only leaves competitive swimming. And that’s where things start to get a bit murky.

As it stands there will be no elite programme based in London. The much talked about sprint programme that British Swimming had in mind fell by the wayside in the wake of post-2012 funding cuts, but nothing has as yet filled that void. This is a huge missed opportunity to use one of the best facilities in the country and will make it one of the few recent Olympic venues not to have an elite programme. Leaving Athens aside, the Water Cube in Beijing hosts the Chinese National Team as well as the local squad, Sydney’s Olympic Aquatic centre is home to the squad of World Champion James Magnussen, while Atlanta’s pool is now home of the Georgia Tech team of the NCAA. But no British equivalent will exist.

Even further down the performance pyramid, the picture is far from rosy. There has been advertising for a performance swimming coach to be based at the centre in circulation, applications for which closed last week, but it is far from clear who the appointed coach will be actually coaching with no home squad established, and many in the coaching fraternity see the position as far more a swimming development role than a coaching one.

The ASA has plans to launch a new beacon programme as “Team East London” at the centre, along the lines of the one that resides at Crystal Palace, which presumably will be the focus of the appointed coach, but many local clubs are far from happy at this prospect. They say that to access Aquatic centre lane space they will be charged 50% more if they do not support the Beacon Programme by diverting their best swimmers into that squad, becoming in effect feeder programmes. That’s something they are unsurprisingly not overly keen on; a previous London Beacon programme closed last year due to funding cuts and a lack of local support.

Certainly there will be difficulties building a programme without the support of the local clubs, but with no new squad established, while the legacy for aquatics in the broader sense is secure, the competitive swimming legacy is far from resolved.