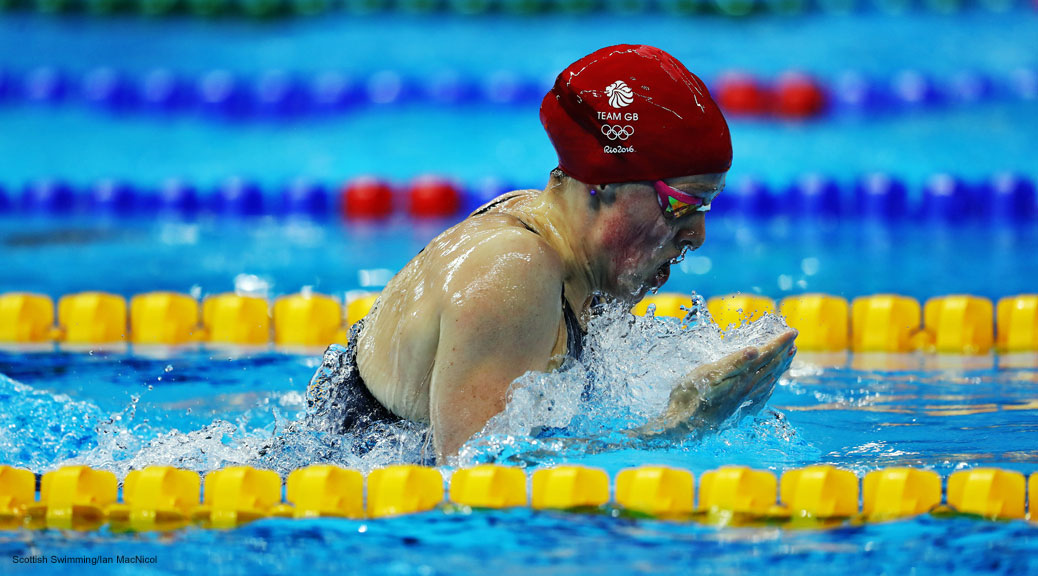 When pullbuoy spoke to Great Britain Head Coach Bill Furniss at the end of 2015 we asked him what a successful Olympics would be for him and the GB team. His answer was not medals, but a meet where the team delivered their best performance of the year. He wanted the squad to provide a season’s best percentage of 60% and if they did that then the medals would look after themselves.

Well the medals certainly arrived for Britain in Rio, with one gold and five silver medals delivered, but what about the overall team picture? As with previous years, we have crunched the numbers, analysing the performance of the team and considering how close it came to its potential.

Firstly let’s look at how things have moved on over the Olympic cycle from London to Rio. Certainly London was a disappointment in light of high expectations, and 2013 was a nadir, with only a single world championship medal won, but things picked up in 2014 with excellent performances at Commonwealth Games and European Championships, before a best-ever performance in Kazan last year.

In purely statistical terms, it’s clear too that the performance dipped into Barcelona, and has steadily improved on the global stage, with the percentage of finalists exhibiting a significant upward trend, even if it might have dipped slightly in Rio, and the medal count in Olympic events following suit. These two stats might be expected to follow each other, after all if you get more swimmers into finals you are going to have more medal winning opportunities – if you’ve got a lane you’ve got a chance as the old adage goes. Those that made finals also did better than in 2012; nearly 70% of Britain’s finalists in Rio finished in the top 4, compared to just 22% four years ago, even though the absolute number of finalists remained fairly static.

But that’s only part of the story and at this point we return to Furniss’ focus on seasons best performances at the target meet. This has been one of his and Chris Spice’s principal aims over the last three years and has been a cornerstone of their funding strategy. Well, in individual events Rio delivered a season’s best percentage of 62%, hitting Furniss’ stated target, with 35% of swims also being a PB (where a swim is defined as a swimmer in an event, across all rounds). That’s double the PB rate in Kazan and almost two-and-a half times the 2012 result, while the season’s best percentage is triple that in London and 11% up on last year’s world championships. That’s clearly terrific progress, but with one small caveat; only half of those season’s best and personal best performances were done in the round that determined the finishing position, so there is still that area to work on.

Of course any analysis does not and cannot be used to target individual swims, because it is statistically unlikely to get all of a team at their absolute peak all at the same time. Even the table topping US team could not do that and Australia saw many of their superstars down on their season’s best performances. There will always be illness and other issues that as observers we cannot know about and in many cases, it can just be a case of having a bad day at the office.

So with that said, we can look at how close the team came to realising their potential at the Games. In terms of season’s bests, remarkably close with only one extra bronze medal available if everyone had been at the top of their 2016 game, a repeat of last year’s effort at the World Championships. The tally with lifetime best performances would have been greater still, as would be expected, and it reflects well on the quality within the GB team that the potential existed for a further three medals, but a conversion rate of 57% is pretty decent in the world of elite sport with all the variables that entails.

Looking back to trials and given the criticism of the selection policy, it’s also instructive to look at how the different elements of the team performed when considering those picked automatically, those within 2% of the consideration times and those who were granted additional swims or got an individual event via a relay selection. The sample is very small so there are no definite conclusions that can be drawn but there are some themes that emerge.

As might be expected, those automatically picked did best in terms of medals with all but one medal coming from within their ranks. They were all ranked within the world top 8 leading into the games and all finished within the top 6 in their respective events, while on average as a group maintaining their ranking. So far so unsurprising.

The one other medal came from the group granted additional swims, in this case Jazz Carlin’s 800m freestyle. That’s a slight red herring, because everybody would have expected her to gain automatic selection in Glasgow, and apart from her nobody was ranked to make a final. And none of them did, albeit as a group they improved their ranking by an average of two places. The big climber being James Guy in his novelty event, the 100m fly, who went up 11 places.

For the 2% crew, as a group they did the worst, dropping their ranking by an average of two places, but this group contained the highest proportion of those who swam a PB to make the team or at another point in 2016 – moving it on again at the “big show” was found to be difficult. Not that they were alone; across the whole team, only about half of those who had set a PB in 2016 were able to break it again in Rio.

The final group, the relay swimmers, contained the biggest bolter in Duncan Scott, who improved his ranking by 22 places for a superb 5th place finish in the 100m freestyle, but even excepting him this group did the best on average, improving by 5 places in Rio.

So what does this tell us about selection? Well it will depend on your point of view. On the one hand the strict elements of the policy did their bit with the medals slanted towards the automatic picks, which supports the mantra of tough selection standards. On the other hand, critics can point to Scott and say that taking more swimmers with similar potential might have resulted in more bolters and maybe more medals. In truth the outcome doesn’t give a strong indication either way, but the selectors can point to the medal table to back up their approach, a compelling argument if ever there was one.

And at the end of the day the medal count is the statistic that most observers will take away from the meet. It was the best tally since 1908 and to all intents and purposes therefore, the best performance in the Olympic pool for Britain ever. Was it an anomaly though? The trick now for Furniss and Spice will be to make this the new norm and to repeat or improve on the performance in Tokyo. Certainly the data suggests that is possible so there is plenty to look forward to over the next four years.