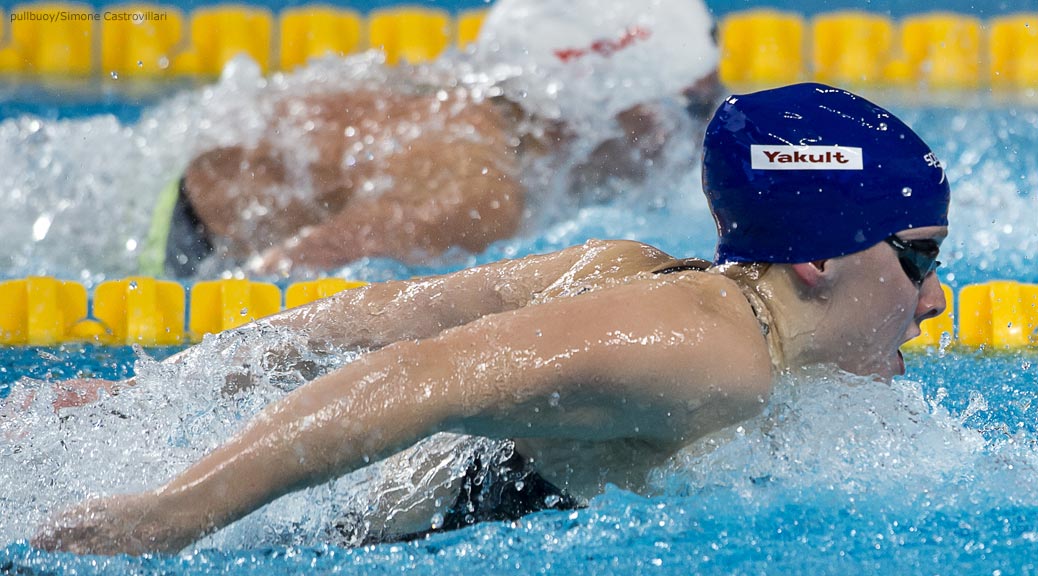 Five years ago a young British medley swimmer by the name of Siobhan Marie O’Connor walked onto the pool deck at the World Championships in Shanghai to make her senior international debut. 14th in the 200IM heats and she was off and running, and while her journey that year ended in the semi-finals, it was clear that this was a swimmer who belonged on this stage, having taken it all in her stride.

Now she has a haul of medals from Commonwealth Games and Championships European and World on her CV, but sometimes it can all seem a bit surreal, as she acknowledges in the aftermath of the European Championships in London, which saw her add a few more medals to the collection. “It’s quite strange thinking about it and thinking about when I first made the team and all that has gone on since then, it has been a crazy five years!”

Things didn’t go entirely to plan for her previous visit to the London Aquatic Centre four years ago, when O’Connor was pipped in the 200IM at trials by Hannah Miley and Sophie Allen, and had to secure qualification via the 100m breaststroke at the second chance trials much closer to the games, but the experience of London was undimmed by that route. “I feel very lucky that I was able to compete in London, it was the best two weeks of my life, it was absolutely a dream come true” she says now before returning to the fact that the experience gained last time round holds her in good stead for the atmosphere coming in Rio.

“The experience of an Olympic Games is like no other, it’s just another level. It’s the biggest stage in the world in sport and I think having gone through that, and seen that, and experienced that, it does give me the confidence of knowing that it’s not completely new territory.” But things will definitely be different this time round, what with going into the games with world championship medals in her locker at home. “I’ve seen it and been through it before, but obviously not to the same extent because I was sixteen and I don’t think I was expected to swim as well.”

“But it was just incredible to see how people swam and dealt with London. I was lucky enough to train with Michael [Jamieson] in that lead up to London and to see how well he dealt with everything. To see him win silver and for all that hard work to pay off, it was honestly unbelievable and inspiring really. I think, you know, that taught me a lot to see how he dealt with it so I really want to kind of go in there and do the best I can and see if I can get the results I’m after”

What might those results be? Well O’Connor finds herself up against a hugely formidable competitor in the shape of self-styled Iron Lady, Katinka Hosszu, who set a blistering world record in the 200IM at last year’s world championships and has been showing strong form almost continuously ever since. But O’Connor’s view is much more inwardly focused, onto the things she can control. “I’m in a position where I want to do the best I can and if I do, if I swim PBs, I could be in amongst it” she says. “We all work so hard for this and I want to get the results that I’m after. I think there might be expectations but a lot of it it’s from within, so I’m just going to try to do everything that I can to make sure that I’m in the best shape possible when I stand on the block in Rio.”

Getting into top shape as a medley swimmer carries with it an element of variety, of versatility, of trying to get all parts of the machine oiled and working at their peak at the same time. “It’s a tricky event,” says O’Connor by way of explanation, “because you have to get all the strokes firing at once and for me some years the fly would be great, some years the breaststroke will great.”

”This year I’ve been trying to work on every stroke at the same level, so not trying to prioritise one, just trying to make sure every stroke is firing. it’s all about consistency and doing what I know it works and improving things I know I can work on; little things, backstroke, hand entry and freestyle leg kick and things like that I know are my areas of weakness, I’m just going to do everything I can to improve them.”

One area which is definitely not a weakness at the moment is the breaststroke, where O’Connor set a British record over 100m at the Scottish National Championships before starting her final taper into the games. That swim represented a big improvement and improves her Rio chances with it. Having a stronger and potentially easier breaststroke leg will be a key part of the race if she is to get close to Hosszu and avoid being swept up in the closing stages as she was in Kazan last year by breaststroke specialist Kanako Watanabe of Japan, the fastest over the second half of the World Championship final by some margin. As if to illustrate the importance of that leg, Watanbe went on to win the 200m breaststroke as well. But there is more to work on. “There are things I can put right from trials that didn’t necessarily go completely to plan” she reveals without giving anything away. “I also definitely think it’s all about the tactics and how you swim the medley and I’ve learned a lot over the past five years on how to swim it properly and what’s the best way to swim it.”

She has come a long way over those five years, but her excitement for Rio is undimmed. “Making another Olympics is a dream come true! When I was younger and I started off swimming I thought ‘I want to make Rio’ because I thought I’d be twenty then, it’s a good age. And then I’ve made a few teams since I was fifteen so I had that amazing experience before but I’m still really excited about Rio. I just can’t wait to go and give it my best.”