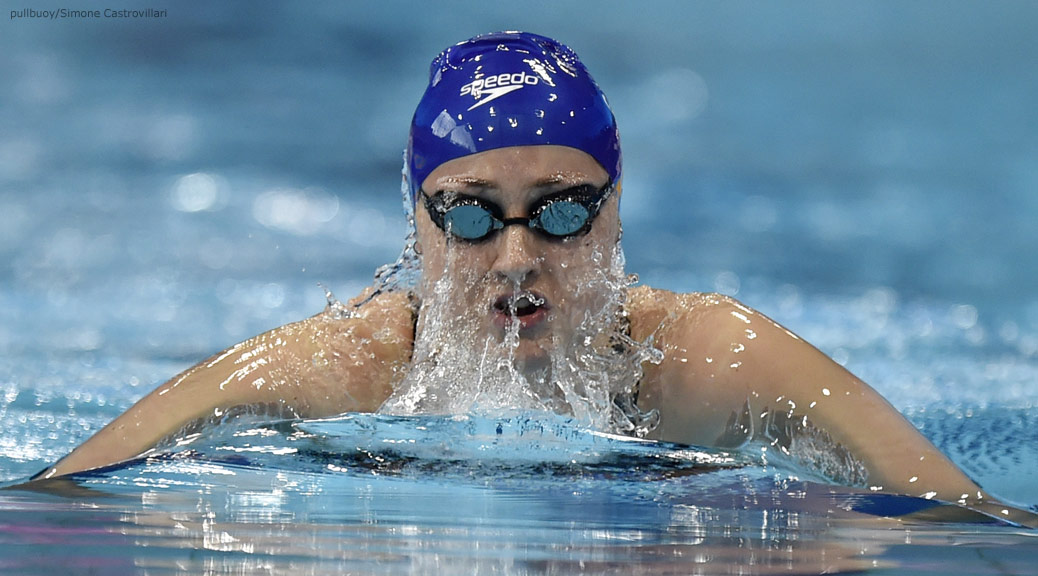 The wait between the end of Britain’s Olympic trials and the announcement of the team that would fly the Union Jack in the pool at the Olympics was tough for everyone who was hoping to make the cut, but after her experience in 2012, none more so than Molly Renshaw. Four years ago she found herself caught up in the vagaries of the selection policy, sitting at home watching on the television despite there being a space in the British team, in her event and having swum the necessary qualifying time, just at the wrong meet.

It was not an easy four days she says. “People were saying ‘oh you will be fine; you’ll be on the team’, but it’s like I’ve never had the easy route on to teams. Especially after 2012, I definitely was not going to get my hopes up, so I just had to wait and see.”

That 2012 knockback has served as motivation in the intervening years however. “I think after what happened four years ago, it’s really spurred me on the past few years just to try and make sure I did everything I could just make the team. I’m so happy to have done that.”

Following on from her senior international debut at the 2011 world championships, Renshaw has gradually been improving her stock on the international stage, the high point being a silver medal at the European Championships of 2014. It’s a target to try and replicate that achievement at the next level up, building on the experience she has gained. “I’ve been to the meets and I’ve been the spectator when I was younger, but now I’m ready to move it on and make it to the semi-finals and finals, and step it up.”

That’s going to mean dropping further time from her lifetime best but it will remain a case of evolution not revolution in the pool to get into the 2:22 range that should secure a high finish in Brazil. “It’s not really making big changes and it’s kind of carrying on what we’ve been doing, but also all the nutritional and lifestyle choices, just making sure everything you do is going to help your performance.”

She has already been able to move it on this season, swimming a lifetime best at trials and dropping it further at the European Championships in London, despite training through the meet. “We did gym three times during the week, I wasn’t feeling great, I was really sore and really tired. So hopefully come the summer when we do taper I can drop again.”

One aspect of her 200m that seems to have changed is her desire to get out quicker, In Berlin she came home as the fastest in the field to cut through field to second in the last 50m, but her 2016 race plan is much more about early speed. “I know I’ve always had a strong back end in the 200, but if I want to push that on I feel like I’ve got to take it out stronger as there is only so strong you can come back, so. We have been working a lot more on my speed and that has been working; obviously I did a PB on my 100 at Europeans. So I think the faster I can go but can still balance it to keep my back end strong, that’s how I’m going to make drops.”

A big drop was the order of the day at trials with the 200m breaststroke automatic time being one of the toughest on the card. That didn’t make it easy. “I guess it did add a lot of actual pressure. I think it was a one point eight second British record, so it was quite a big jump.”

But the way my training had been going I felt like I could have at least gotten closer to that than I did at the trials and I think going to London and swimming as fast a time as I did, it gives me a lot of confidence; I know I’ve got more in me.”

Renshaw followed home Chloe Tutton at trials, who fell just shy of the standard, but having swum through the careers of Britain’s best breastrokers of recent years, such as Kate Haywood, Stacey Tadd and Sophie Taylor, Renshaw is sanguine about the competition that Tutton brings. “It’s always good to have some competition and now we have two very strong British breaststrokers on the team. It’s been an event that we’ve kind of been behind in the world but now I feel like we’re coming through and it’s good to always have someone that’s pushing me.”

That push is a further incentive for the work that needs to be done before the first splashes in Rio, but for a large part, the Olympic carrot is motivation enough. “Getting back into training after trials was very tough, long metres, long sessions, but knowing you’re going to the Olympics gets you through them.”