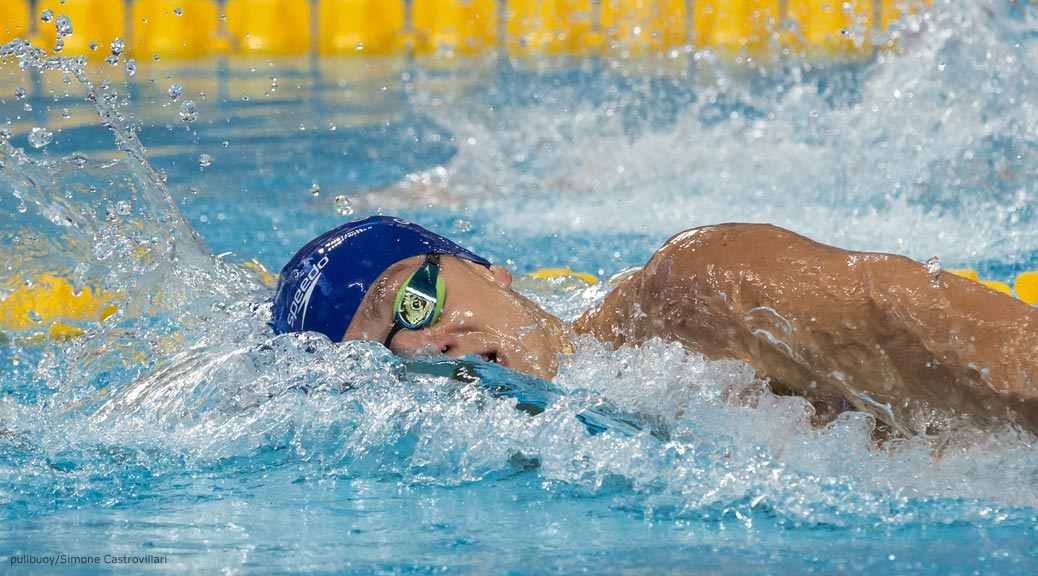 Not since David Willkie in 1976 has Britain had a man enter the Olympics as the reigning world champion but of course this year there will be two in the shape of Adam Peaty and James Guy. While Peaty will look to emulate Wilkie’s feat of Olympic gold to add to that World title in just the one individual race, with the medley relay as a possible bonus, Guy will take part in now fewer than five events and could realistically return from Rio with three medals.

Such talk might faze some swimmers, but it doesn’t seem to get to guy at all. “I’ve never felt any kind of pressure” he says matter-of-factly, before referring back to the home crowd support at the European Championshsips I London. “I wasn’t even bothered by the crowd cheering, I like it, it’s good to have that raw power and passion when they call ’Lane 4 James Guy’ or whatever, the crowd starts cheering and it’s so good to have that lift.

First up for Guy will be the 400m freestyle on the opening day of competition at the Olympics, with the 200m in which he holds the world title coming later in the week. But which does he favour? “I still see myself as 400 being the main event, but the 200 is becoming more and more like my main one now. So I get more nervous for the 4 than the 2, I always have done and I always will do.”

Not that there aren’t competing demands to be managed. “The 200 is more of a sprint now and the 400 is more of an endurance event so it’s hard to get balance of the two” he explains. Some guys who do the 100 find it hard to do the 200, where if you do the 400 and come down, you don’t have that natural, easy speed. So it kind of compromises both ways but if you get the mix right you have a good chance of doing well in both the events.”

That need to balance the two events has seen a subtle shift in his training regimen, taking him more out of the water and upping the land work element of his programme, but only a little. “I do one session a week in the gym and I found that I just got stronger in my back and I can just pull better in the water. I think my power to body weight ratio is really, really good” he says. “If you’re stronger with your body then you can pull yourself through the water a lot better; it’s something that I’ve worked with and it’s working now.”

The way he talks, combined with his social media persona does open him up to accusations of arrogance, but it’s a view he is quick to refute. “I’m a normal boy, obviously people don’t know me. People think I’m arrogant because they don’t know me” he says. “I think I’m just a normal lad like most people, I’m not arrogant at all. I think the best people in the world are the most humble like Roger Federer, Phelps, Djokovic, they are all quiet, good, nice people. That’s what I aspire to be.”

One thing we will definitely not see in Rio is a repeat of the swim in briefs in the heats of the 400m freestyle in London. “We tried something new and it was harder than I thought it would be” he says ruefully, with the added benefit of hindsight. “I hit 200 and my hips started sinking and I started feeling sick as well. I don’t know what that was but it’s definitely harder.”

Reports at the time suggested that it was a way of assessing what might happen in Rio if Guy felt out of sorts in the heats, and trying to get through it. If the deliberate plan didn’t work out, there was a chance to try out an approach to adversity later in the week with illness thrown into the mix ahead of the men’s 4 x 200 relay.

“It was tough on the Thursday and Friday because I felt really ill, but I said to Jol [Finck, his coach] ‘I want to do the relay for the boys’” he recalls. “Before the finals I felt absolutely drained and thought it was either going to go well or its going to go awful. Fortunately it went quite decent and I went 1:45.6. I think if I can do that with two days off, being ill and being unshaved is a good sign.”

Things didn’t go completely to plan for that team despite Guy’s input, but he remains upbeat about the team’s chances and his own contribution. Suggest he might drop a couple of seconds from London to Rio and he doesn’t bat an eyelid. “1:43 in the relay would be awesome, I would be so happy with that. Go out in 50 point and come back in 53 – obviously having that rolling start and that momentum you can go out so much quicker and easier as well and so hopefully a fifty point and come back as fast as I can.”

As well as his main events, Guy will add his “fun” event in Rio, with a swim in the individual 100m fly, one he calls a “novelty event”, once he has finished his freestyle commitments as a way of tuning up for the medley relay to come. “My main events are finished, and I’ve got another chance to swim into the Olympic pool, so why not take it and have fun.”

He’s so competitive though, that he has no plans of treating it anything but deadly seriously. “I think I can make a final. If I go fifty-one mid I’d be happy with that because obviously you’ve got your Phelps and your Csehs and your Chads all going fifty point lows and I can’t do that yet. I haven’t got the speed or the power for the fly yet. But if I get fifty-one it would be a great swim for me.” That pace would be a big advantage for the medley relay – watch this space.

For now everything is based around getting him to the blocks in peak condition. But don’t talk about medals. “The ideal for me is to go to Rio in the best shape that I can be in. Forget medals, if I swim PBs and I’ll be in the medal range but we’ll just see what happens. But I know if I go there the fittest I’ve ever been and try to PB I’ll be able to live with that.”