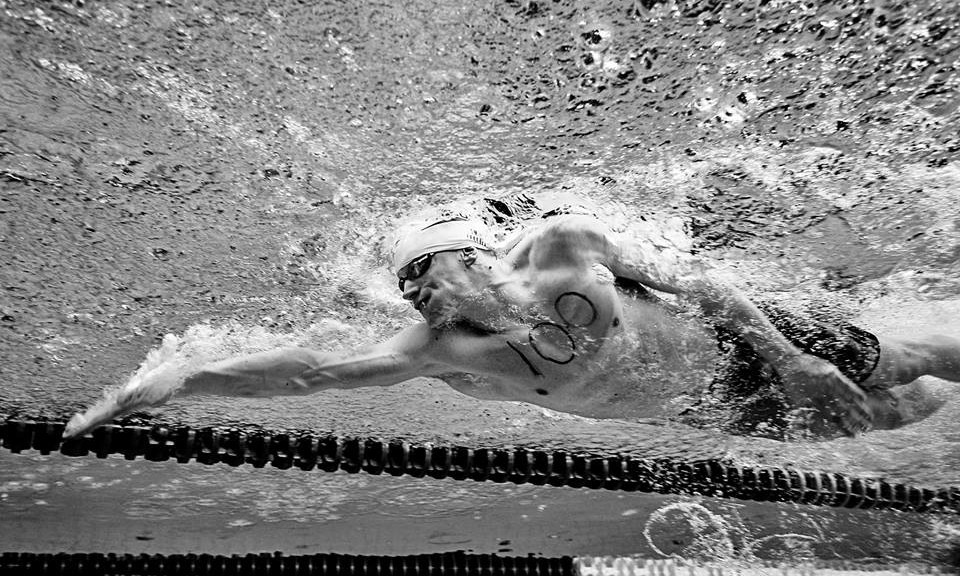 As he stood on the block in the cauldron of noise that was Ponds Forge, the 100th and final swimmer of the Swim4Leukaemia relay, one gesture from Lewis Coleman changed the mood almost instantly. Until that point there had been almost a carnival atmosphere inside the pool hall as the hundreds of spectators cheered the team of swimmers towards a Guinness World Record for the 100 x 100m freestyle relay.

Then Lewis stepped up, kissed his fist and punched his chest before pointing to his mum Mags in the crowd, and everyone knew what this was really about. How this was not just a relay record attempt, but something intensely personal for Lewis and his family; a desire to perhaps offer someone else, someone unknown, the second chance at life that Mags had gotten thanks to the work of the Leukaemia and Lymphoma Research fund. And with that he was off for his 100m leg.

There had been 99 starts before him, a team comprising British swimmers both current and retired and a host of club swimmers drawn from the Sheffield squad that Lewis himself trains in and other clubs around the country. They came to help break the existing world record of 1 hour 37 minutes and 53 seconds set by an Australian team at Miami on the Gold Cost in Queensland around 3 years ago, which would mean covering the 10,000m at an average pace of 58.73 seconds per 100m.

Not that the target deterred the swimmers as they tore into the event with huge enthusiasm, delivering some eye-catching splits. Plaudits for the fastest legs went to Adam Barrett (47.76) and Fran Halsall (53.03) but it was the performance of some of the retired swimmers that impressed the most. We might not have been surprised to see James Goddard split 50.52 given he has been out of the race pool for mere months, but when the likes of James Hickman, who claimed to not have raced since the Athens Olympics and then posted a time of 53.24, put in their legs, jaws were dropping. It was all to do with a desire to show off and relive past glories said Hickman afterwards, adding that they just didn’t want to let anyone down.

And they most certainly did not let anyone down, delivering Lewis to the start with well over 8 and half minutes to spare over the record split. 50.54 seconds later and he touched the wall in a time of 1 hour 29 minutes and 3 seconds, knocking nearly 9 minutes off the previous record and causing Ponds Forge to erupt once again. The team had averaged a barely credible 53.43 seconds per 100m and smashed through the 1 hour 30 target that Lewis himself had barely believed possible.

Then the atmosphere shifted once again as Oliver Coleman, Lewis’ 10 year old brother who had earlier led the relay off, bounded onto the boom and into his brother’s arms. There was barely a dry eye in the house.

Listen to the commentary of the final leg of the relay. You can hear more about the event on the pullbuoy podcast

But they had done it, smashing the record that Lewis had set out to deliver around 6 months ago when first deciding to give something back to Leukaemia and Lymphoma Research in recognition of the life extending drugs trial his mother was able to take part in. The swimming community had rallied round to help and delivered an event that surpassed even the most optimistic of predictions. Sheffield had shown itself to be made from more than just steel; helped by swimmers from far and wide it showed that it had a heart of gold.

You can still donate to the team here. To find out more about leukaemia research see http://leukaemialymphomaresearch.org.uk/