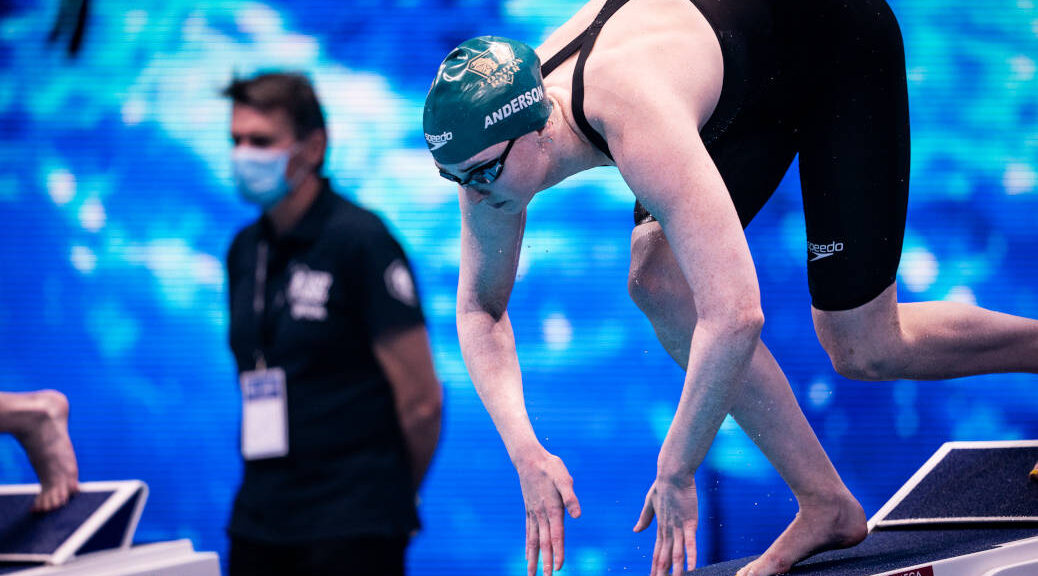 Freya Anderson says she is excited to finally be competing for Tokyo Olympic qualification as University of Bath-based swimmers head to the London Aquatics Centre for this week’s British Swimming Selection Trials. The World, European and Commonwealth medallist is among 18 swimmers based at the Team Bath Sports Training Village taking part in the Trials, with places in the Team GB squad for this summer’s rescheduled Olympic Games the ultimate prize.

Anderson joined the British Swimming National Centre Bath squad from Ellesmere SC in May 2020 when, after ten weeks out of the pool during the first Covid lockdown, elite athletes were able to resume their preparations under the Return to Training protocol.

With competition opportunities limited during the past 15 months, she has spent countless hours training under the guidance of coach David McNulty – whose athletes have won six medals at the past three Olympic Games – and can’t wait to put that hard work into practice when the Trials finally take place this week.

“I’m really excited to see what I and the rest of my training group can do at trials,” said Anderson, who will compete in the 100m and 200m freestyle.

“There is always a bit of added pressure, it’s Olympic trials, but you can’t think of it like that. I have to go there and just race. I really enjoy racing and haven’t had many opportunities to do so in the past year so it will be good to get there and race again.”

When she has had chance to compete, Anderson has looked in fine form since her move to Bath and smashed her own British 200m freestyle short-course record as one of a number of eye-catching swims while representing London Roar in the International Swimming League.

“It’s been amazing moving to Bath, it’s just a really good environment to be in,” she said. “I was meant to move in September 2020 [after the originally scheduled date for the Olympics] but my coach Alan Bircher and I decided to come here in May for the return to training. We had ten really good weeks of training in the summer and it has gone well since then.

“Everyone in my group is so professional and I look up to all of them. We are all really close friends and it feels like a family.

“Working with Dave is amazing too, he just really understands all of his athletes and makes sure we are OK as both an athlete and a person, I really like that. I’d worked with him before at the World Championships and he has always been such a bright, bubbly person to be on poolside with.”

Other Bath-based swimmers competing at the Selection Trials include Rio 2016 medallist James Guy and University of Bath sporting scholars Leah Crisp, Tom Dean and Luke Turley, who are all part of the National Centre Bath squad, and Jacob Greenow and Will Ryley, who are coached by Mark Skimming and Andrei Vorontsov in the University’s student swimming programme.

The London 2012 Legacy Pool used by the aspiring Olympians for training has reopened to the public this week for swimfit sessions. Find out more about swimming at the University of Bath by visiting www.teambath.com/swimming.