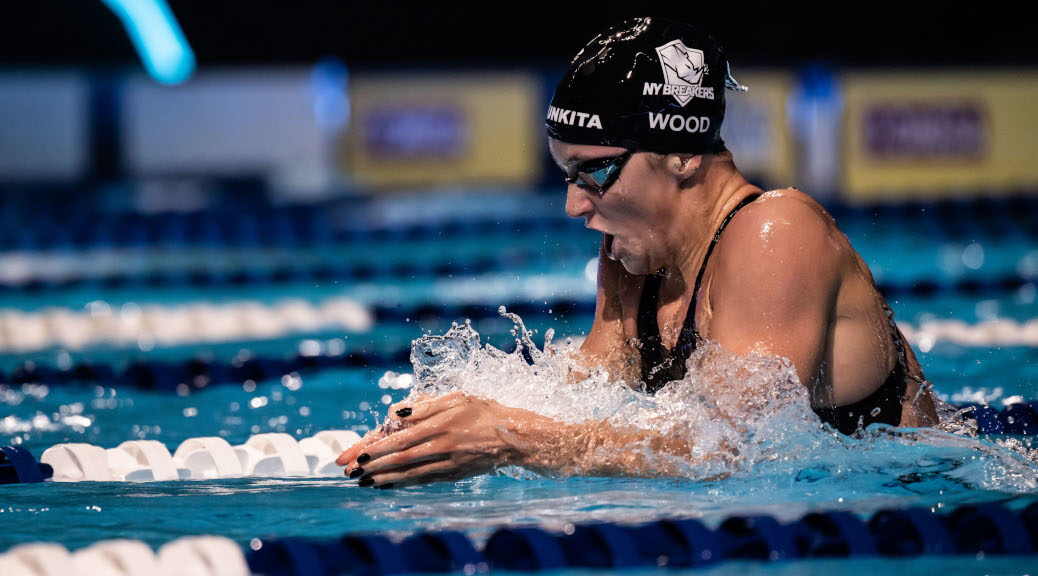 Day 3 was the day the speed merchants came to two as the numbers putting themselves forward for selection continued to grow. Five new swimmers put their hands up for selection with the chance of more being added for the men’s sprint relay.

The women’s 100 freestyle went to type as Anna Hopkin set out as the hare for Freya Anderson, who traditionally back ends her races. It looked like Hopkin had done enough but Anderson reached out a long arm to take the victory by a fingernail. Both ladies were through the consideration standard for the Olympics. They were followed home by Lucy Hope in a Scottish Record and 16-year-old Evelyn David who dropped her PB by almost a second in 4th. Unfortunately the quartet missed the consideration time by 0.13s for the 4×100 freestyle relay.

The race of the night was the women’s 200IM. Abbie Wood started as a hot favourite, but she was given a real fright by Alicia Wilson. Wood did hold on to win, overturning a considerable halfway deficit to do and touching in a PB of 2:09.23. Wilson, meanwhile took a hatchet to her lifetime best, dropping it by over 1.5s to 2:09.65, giveing her the consideration time as well.

James Guy already had a spot under consideration in the 200 fly, but he added the 100 fly to his resume also, winning in 51.44. He also dragged his Bath teammate Jacob Peters to a big PB of 51.65, putting him under the consideration standard also.

After a low key ISL season Ben Proud was back to his majestic best in London, crushing the filed in the 50m freestyle and setting a very fast time of 21.43. That was easily enough for a consideration time and demonstrated Proud is approaching his best once more. Yusuke Legard took the runner up spot in 22.10.

A great week for Kathleen Dawson continued as she dropped her 200 backstroke PB by 1.3s to win in 2:08.14 and record her second consideration time of the meet. She was followed home, as in the 100, by her Stirling teammate Cassie Wild, but on this occasion outside the required standard.