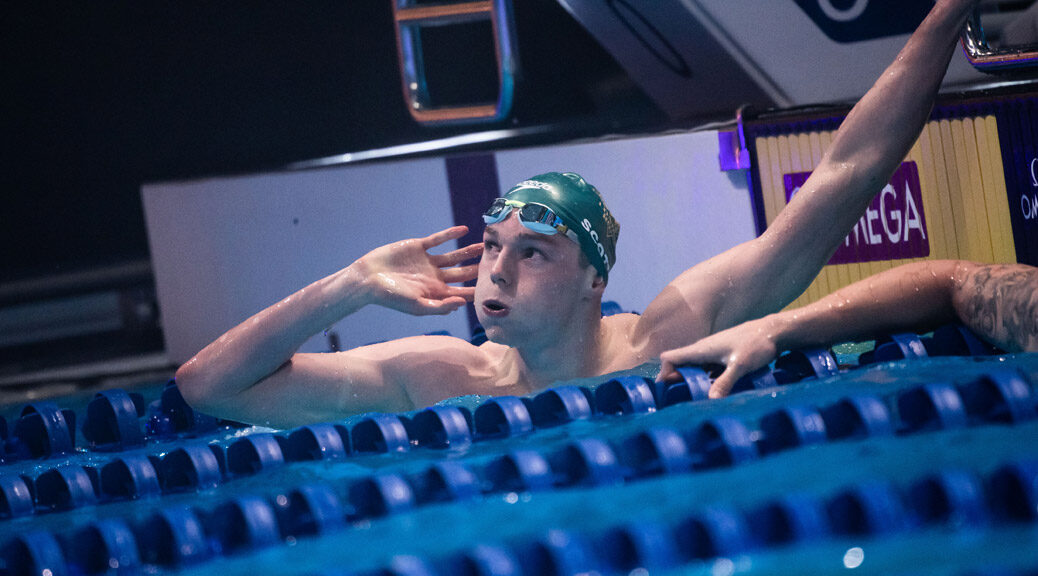 The British Swimming Selection Trials closed in dramatic and blistering fashion with a barnstormer of a 200m freestyle final. All in all 2 new swimmers added themselves to the consideration process, leaving the total at 27 swimmers after a week of racing that eclipsed all expectations.

The men’s 200 freestyle had promised much, and it delivered in spades. Duncan Scott set a British record of 1:44.47 but was pushed all the way by Tom Dean who was also well under the old mark in 1:44.58. The first two were followed home by Matt Richards who dropped his lifetime best to 1:45.77 while James Guy was relegated to fourth despite swimming 1:46.04. Those four booked themselves the consideration time for the 4×200 freestyle relay, but the finalists were all under 1:48 in the fastest final seen in domestic waters

Sarah Vasey swam within a whisker of the British Record in the 100m breaststroke posting 1:06.37 for a lifetime best. Second was Molly Renshaw who also sipped under the consideration time setting a best time by one-one-hundredth of a second in 1:06.72.

After two near misses in the 400 and 800 freestyles, Dan Jervis made no mistake in his favoured 1500 free. Swimming in glorious isolation, the Welshman time-trialled his way to a time of 14:51.49, some four and half seconds under the consideration time.

In the women’s equivalent, Ironman triathlete Lucy-Charles Barclay put her stamp on the race early, opening up a considerable lead, before being reeled in by the field and being engaged in a titanic tussle with Leah Crisp. The pair fought all the way to the wall, with the win to Crisp by just .17s but they both fell shy of the consideration standard.

Luke Greenbank shrugged off a sprained ankle to win the 200 backstroke in 1:56.70 but that left him shy of the consideration time by 0.1s. He is pre-selected of course, but despite a PB, Elliott Clogg in second missed out.

Anna Hopkin won the 50m freestyle but was a tenth of a second off the consideration standard. Lucy Hope and Bella Hindley tied for second place.