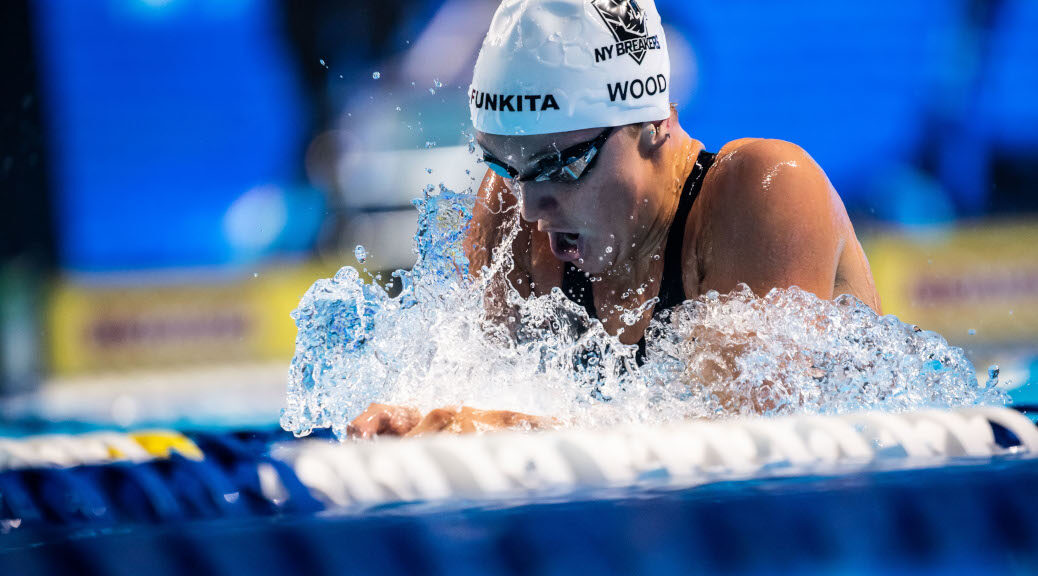 There was a period from 2008 to around 2013 where Britain relied heavily on its women to bring home the medals from global championships and try as they might, the men just couldn’t get a look in. By the time of Rio that had evened out, with the teams each bringing home 3 medals from the 2016 Olympics.

Since then however it’s been all about the men, with the women’s team not able to secure a medal at either the 2017 or 2019 world championships. The good news, though, is that the barren run looks likely to end in Tokyo.

As we did for the men’s team, we’ve taken those swimmers ranked in the world top 5 after the European Championships and GB’s final selection meet in Glasgow and considered how their chances may have changed now we know the form of the rest of the runners and riders, principally those in the US and down under.

Using a ranking of 5 doesn’t mean that those further back can’t win medals, but history shows that medals tend to go to those ranked near the top heading into a championship so this seems like an appropriate level to start from and these look to be the best medal chances as Tokyo comes into focus.

Five years ago Molly Renshaw headed to Rio after a big PB at trials, with a teammate who had done the same, and with a stop off at the European Championships on the way. But the similarities to 2021 are only superficial.

Yes there was that big PB for Molly at trials and her companion in this event, Abbie Wood, did the same. But the times were at a completely new level hoisting the British ladies to 2 and 4 in the world this year and Molly to the cusp of the top 10 ever in 11th. There has also been the stop off at the Europeans this year, but instead of a promising 4th place there was a commanding victory for Renshaw, whose racing instinct and ability to impose herself on the race have never looked better. Whereas she was once the archetypal strong finisher, as she had been at the European championships of 2014 when a devastating blast down the final 50 yielded a silver medal, here she was stamping her authority from the gun and saying to the rest “catch me if you can”. They couldn’t. That improved front end speed was evident also in the 100m British record set in Budapest.

For Wood meanwhile, this isn’t even meant to be her best event, but she’s 18th best all time and in the hunt for a podium finish. We didn’t see the best of her in Budapest with the clashing 200IM affecting things, but no such trouble awaits in Tokyo, so her chances remain strong.

Not much changed through trials season, only Annie Lazor getting past Wood but still sitting behind Renshaw, while Tatjana Schoenmaker of South Africa still heads the world rankings and starts favourite. As with every edition of the Olympics, everybody knows they need to move on at the big show, and it will probably see a 2:19 point swim for the top step of the podium, something that only 5 women in history have achieved. Here’s hoping that it will be a new British Record as well.

It was the 2020 ISL season that finally marked the return to the top table for Abbie Wood after a couple of years where it didn’t seem that she would fulfil her huge junior promise. A series of eye catching performances built on superb skills showed that the work had been worthwhile and when that form was translated to the long course pool in the early part of 2021, hopes of a follow up to Siobhan-Marie O’Connor’s epic Rio silver started to rise.

Heading into Tokyo this is a very open event as one that has gone a bit quiet at the sharp end. Certainly it seems very unlikely that it will take a 2:06 swim to win or get silver as it did in Rio, and nobody has really looked like they could produce that sort of performance this year anyway. Kaylee McKeown heads the rankings but looks like she is still learning the event, while Madison Cox in second won’t even swim the event having fallen short in the final at US trials, won by Alex Walsh. Walsh sits just ahead of Wood based on her semi-final swim at US trials, but she was much slower in the final. Meanwhile defending champion Katinka Hosszu doesn’t look anything like the dominant Iron Lady we are used to and languishes in an almost unheard of 15th place in the rankings.

All of this sees McKeown probably start as a warm favourite, but from Wood down to her team mate Alicia Wilson in 9th there is only 0.39s covering the field so expect an almighty bun fight for the podium spots. It could go anywhere and could be won or lost on the smallest details; that perhaps bodes well for the Wood skill set.

A breakout swim at trials and then an absolutely remarkable run of racing in Budapest, not least winning the individual 100m backstroke twice, that culminated with a European record of 58.08s had everyone’s hopes right up for Kathleen Dawson. She sat just behind Australia Kaylee McKeown in the world rankings off the back of that swim, and was right in the medal hunt we all thought; after all she had moved to 5th all time in that event.

The bad news is that 3 of the 4 women ahead of her will be in Tokyo, with McKeown having taken the world record from Regan Smith, winner at the US trials, and Kylie Masse securing her spot on the Canadian Team. The big mover was Masse who watched the rest of the world do their thing and promptly smashed through 58s barrier with 57.70 at Canadian trials.

McKeown looks as sure a thing for gold as you can get in a racing sport but one tiny chink of light for GB fans is that Smith didn’t seem to handle the pressure of trials well, dropping off time a lot between semi finals and the final, whereas Dawson’s mental strength was fully evident in Budapest. If nothing else, if she didn’t know already that it would take a 57 point for the podium, she does now.

Whatever the GB outcome though, it promises to be one of the highlights of the racing in Tokyo and one not to miss.

Here’s a surprise. A few weeks ago we weren’t even sure Laura Stephens would even be going to Tokyo, and then a pair of strong swims at the Glasgow meet, having put all her eggs in the one 200 fly basket, pushed her onto the plane. Her evening heat also propelled her to 5th in the world and she heads to the far east having only been nudged down one place. That’s a great spot to be, and the gap to the podium places is not huge, with her now ranking of 6th only 0.5s behind third place, but given the efforts to qualify, a medal might just be a step too far at this stage. Laura will no doubt relish mixing it with the big guns and having surprised us once this year to qualify, will hope to do it again.

Nine years after her Olympic debut, and in the twilight of her career, who would have thought we would be talking of Aimee Willmott as a podium contender in the 400IM? A lone swim to make the Olympic qualifying time, was followed up with a battling silver medal at the European Championships and in an event that, rather like the 200IM, looks quite open, maybe, just maybe, we can dare to dream. She will need to be right on her best time to have any chance, however, as even sitting 5th in the world on 2 per nation rankings, she is about a second down on third place and the challenge of Yui Ohashi, one ahead of Willmott, at her home Olympics will be tough to overcome

Willmott has made no secret of the fact that this will be her last competition, what better way could there be to call time on her career.

One thought on “Ranking GB’s Olympic Medal Shots: The Women”