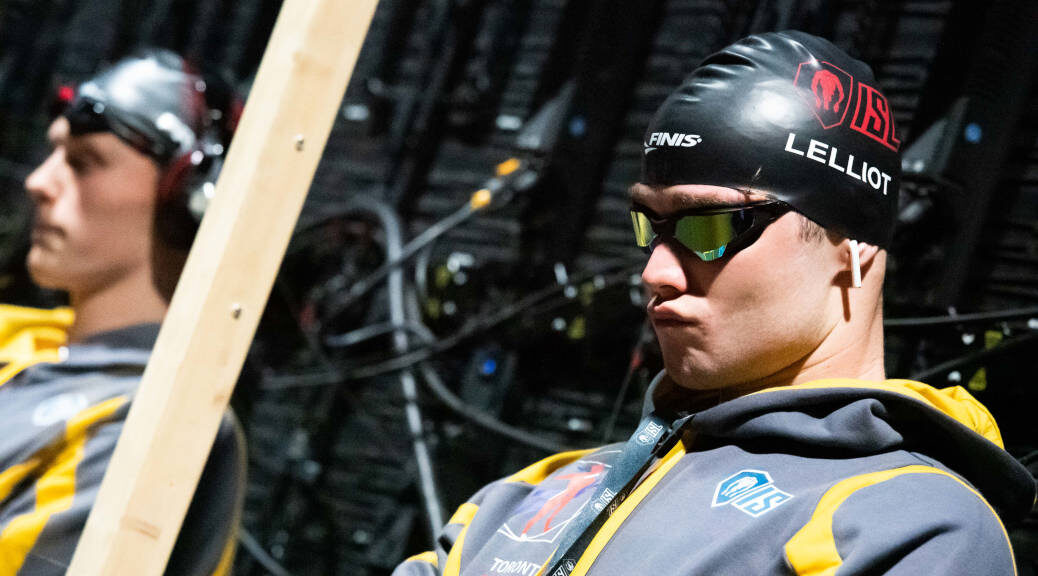 It’s now or never for British swimmers hoping to make the grade for Tokyo as the final selection chance looms in Glasgow this week. With the Trials and the European Championships out of the way, the British Swimming Glasgow Meet is the final opportunity to post a time faster than the consideration time needed to bag one of the remaining places in the team.

From Trials, 34 of the available 56 individual slots were filled, with 5 women’s and 7 men’s events fully subscribed. To that group, three more events saw consideration times posted in Budapest by swimmers already selected, with Anna Hopkin in the 50m freestyle, Luke Greenbank in the 100m backstroke and Cassie Wild in the 200m backstroke potentially adding those additional events to their programmes.

The table below shows where the selection gaps remain as we head into Glasgow. Those added in Budapest are shown as blue bold. It’s also the case that James Guy has ruled himself out of the 200m butterfly and Kathleen Dawson has indicated she won’t swim the 200 backstroke, so those spaces, shown in italics, may also be up for grabs.

With no new names added to the team sheet in Budapest, the group of swimmers hoping to make a late bid for a place remains largely unchanged.

Interestingly Laura Stephens, only 0.06s off the consideration time in the 100 fly at trials and a key component of the victorious 4x100m medley relay at Europeans, has opted out of the shorter event and will only contest the 200m butterfly in Glasgow. She’ll face off against Emily Large and Keanna MacInnes in the race for a time of 2:08.32 in that event. Those two plus Alys Thomas will also seek the 57.92 needed in the 100 fly.

In the men’s 200 fly Jay Lelliott, second at trials, returns to stake his claim, having not had the distraction of Budapest in the intervening period. He’ll want to make a convincing case to the selectors but has around a second to find if he is to do so. Ed Mildred who did go to Budapest is coming from further back and will need a sizeable PB to force himself into contention.

For the middle and distance freestyle, it appears that the die is cast, and barring a breakout swim in Glasgow the selections will remain unchanged, but Holly Hibbott will be hoping to disprove that. She’s another swimmer who has the PB to make the grade, but was some way from her best at the Europeans. It may be she was focussed on this meet instead, but she has to find a lot of time to make the 4:05.96 she needs.

And what about Hannah Miley? What a story that would be if she could post a 4:36.68 in the 400IM for a fourth Olympic trip. Michaela Glennister was off colour at trials but may also fancy a shot with a few more weeks preparation under her belt. Interestingly Abbie Wood is slated to swim this event too, but it would be a surprise if that was a genuine attempt to qualify, albeit the time should be well within her capability.

Among those looking to add swims to their repertoire Joe Litchfield in the 100 back and Brodie Wiliams in the 200 back would seem to be at the head of the queue in those events, but may get the opportunities in due course anyway if the slots are not filled.

If you’re looking for some wildcards out of left field then consider the men’s 50 free – that sees the return of Lewis Burras from injury just in time to try and nick a place. It would be a surprise, albeit a great story if he made it but stranger things have happened. David Cumberlidge will be wanting to get to 21.78 before him.

And the women’s relays?

After the Europeans it appeared that the women’s freestyle relays have put themselves firmly in contention for selection, but there is still some uncertainty around the 4×200 team in particular.

The issue for that quartet is the programme in Tokyo with the heats and final of that relay clashing with the heats and semi finals of the 100m freestyle and the 200m breaststroke, which will feature Freya Anderson and Abbie Wood respectively. On current times, it’s not clear that a team without those two could make the final and its unlikely that the selectors would want to compromise their individual events.

That may mean the team doesn’t get the nod, which would be hugely and particularly disappointing for Tamryn Van Selm, such a key part of relay victory in Budapest, while Hibbott was in the top 4 at trials and may consider this as another chance for selection. So it would be extremely helpful to their chances if there were a few fast 200 freestyles from the ladies to help demonstrate that a reserve quartet can make it out of the heats. There is still the offer of an individual swim in that event if they can do so but 1:57.28 is a tall order.