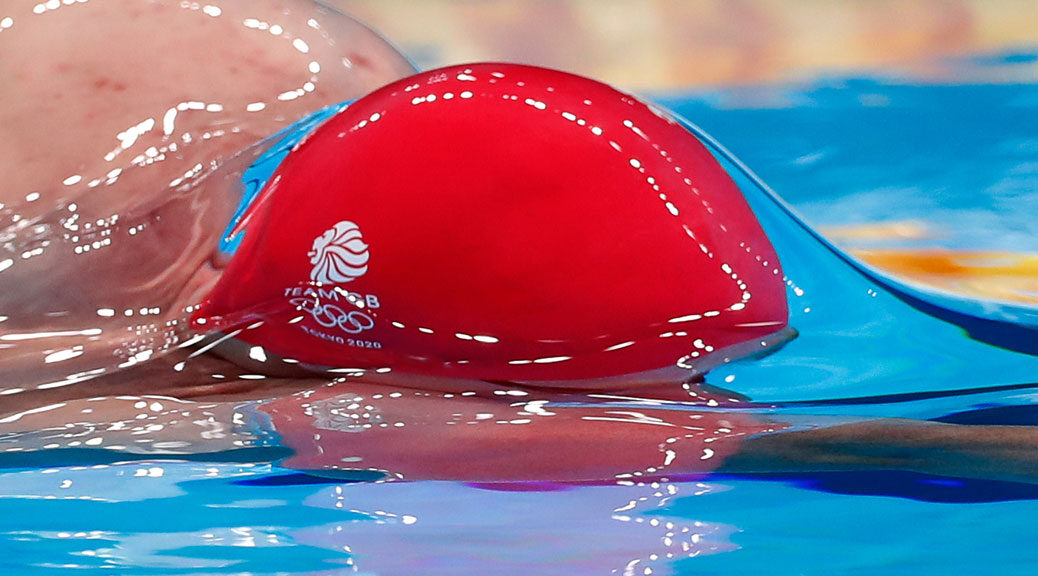 Despite all the uncertainty as we headed into the new year just 12 months ago, 2021 turned out to be chock full of international swimming, and with it some exceptional British swimming performances. Choosing the cream of the crop from a year that saw record breaking performances at the Olympics and European Championships and a swathe of new British Records is not easy, but here’s our picks for 2021’s swimmers of the year.

Fair enough it’s a cop out, but how could you pick between them? Both Adam Peaty and Duncan Scott achieved something that nobody else had done this year, so it’s only fitting they share top billing.

For Peaty he added a fourth consecutive quadruple gold at the European Championships before heading to Tokyo and becoming the first British swimmer to retain an Olympic title, something he did under unimaginable pressure, before being a fundamental part of further medals in the two medley relays. We may have only then seen him on the dance floor, rather than in the water, but the mental break that has given him should see him recharged for the new year.

Scott meanwhile, won four medals in Tokyo, the most ever by a British athlete (in any sport) at a single games, and continued that fine form into the ISL season. He has been setting British records for fun throughout the year, finishing with a final tally of four long course and three short course individual marks, and remains a vital part of Team GB’s relay success. He may be the most versatile swimmer in the world right now and Britain is lucky to have him.

An honourable mention here for James Guy, who wore his heart firmly on his sleeve in Tokyo, and in doing so put the team above his individual aspirations. It was a strategy that worked a treat as he came home with 2 golds and a silver medal, having been a vital cog in the GB relay machine.

Quite the year for Kathleen Dawson, but one that finished with her boasting a European title, an Olympic gold medal and the British and European Records over 100m backstroke.

Two of those were achieved in Budapest, amongst the most unusual of circumstances for the medal. Having won the individual gold, or so she thought, a fault with the starting speakers was discovered and after protests the final was re-swum, that earlier performance expunged from history. Dawson showed incredible mental resilience, putting a defunct medal swim behind her and going back out to do it again, touching the wall first for a second time. It was the hardest of titles won, but it was richly deserved.

The icing on the cake came in the medley relay when her opening split of 58.08 took down one of the oldest British Records on the books, Gemma Spofforth’s world title winning and world record swim of 2009 that also stood as the European Record.

Talk of individual medals in Tokyo may have been misplaced given the quality of the opposition in the event, but Dawson acquitted herself well at her first Games and was a vital part of the victorious mixed medley relay quartet, the medal the golden cherry on top of that icing.

Honourable mentions here to Abbie Wood who was so close to the podium in Tokyo and dominated the medley events at the ISL once more, and Anna Hopkin who took down another of the oldest British Records with her 52.75 100 freestyle swim at the Olympics.

He was our Young Swimmer of the Year in 2019 when we speculated Matt Richards could be a factor in the 4×2 for the Olympics of 2020. Well as we all know those games were delayed a year, and Richards was rather more than a factor for that team – he was integral to the success and cemented his breakthrough into international senior swimming.

He did it so straightforwardly that it was easy to forget that the European Championships represented his senior GB international debut, but by the time of Tokyo he looked entirely at ease, delivering that (in)famous third leg in the final that sealed the deal – some superb underwater work off the final wall made it the fastest of that section of the race by three quarters of a second, and nobody was coming back on Duncan Scott after that.

Performance of the Year: Tom Dean

We may have heard as much about his double bout of Covid as we did his deeds in the pool, but Tom Dean produced the GB performance of the Olympics in the Tokyo Aquatic centre in winning the 200 freestyle gold.

It was a hugely mature swim, as he saw Korea’s Sun-Woo Hwang go off like a rocket in the lane next to him and balanced the need to chase with the knowledge that there were some strong finishers on his other side, amongst them his GB teammate Duncan Scott who had overhauled him at the death at the GB trials. Not this time though, as Dean had timed his race to perfection, touching first by just 0.04s in 1:44.22 to make him the seventh fastest performer all time and the third fastest in textile. It was a performance bettered only by the uproar in his Mum’s garden as the Dean family and friends watched on.

The mixed medley relay is an event that so often brings drama, with the result often unknown until the final metres. That the Olympic final was not such a race is entirely down to the sustained excellence of the GB quartet.

Kathleen Dawson slipped off the start but fought back to keep the team in contention, only bettered by the individual champion Kaylee McKeown amongst the women backstrokers, before Adam Peaty did what Adam Peaty does, dropping what was at the time the second fastest breaststroke split ever (he would go on to set the fastest ever in the men’s medley relay final) before James Guy got in on the act with the 7th fastest fly split of all time in 50.00. That’s a time bettered only by Caeleb Dressel and a certain Michael Phelps. Guy was like a torpedo off the wall, delivering a killer blow with his underwater work and setting the team up for the grandstand finish, whilst importantly taking Dressel, on the anchor for the USA, entirely out of the equation.

Anna Hopkin had shown she was in fine form already in Tokyo, and was in no mood to give this one up. She flew through her leg, with her 52.00 the second fastest female split of the final behind only Emma McKeon, to touch the wall in splendid isolation, a new world record on the scoreboard. If you’re British, relays just don’t get better than this.

Now this could easily have gone to the men’s 4×200 who were similarly dominant in taking Olympic Gold, but the medley quartet got the nod simply for the slightly more unexpected nature of their win and the world record that went with it.

2021 was quite the year for Katie Shanahan, and one that has marked her out as a rising star of GB swimming. Her achievements included a senior GB debut in Budapest at the European Championships that saw her make the final of the 200m backstroke, a result she followed up with two gold, three silver, and one bronze medal at the European Junior Championships.

Off the back of that performance, she joined London Roar and quickly became one of their mainstays, notching up 31 races across the season and securing her maiden individual victory. Having flown under the radar through the ISL draft, she will be in much greater demand for Season 4.

As for Jacob Whittle, we were already watching him closely, but 2021 just proved what we had suspected – he’s made for the big stage. Successive lifetime bests through the season gave him the chance to swim the individual 100m freestyle at the Olympics, an opportunity he grasped with both hands progressing to the semi finals and recording a huge lifetime best of 48.11 in the biggest race of his life. Before that, he’d already shown he was unfazed by the environment in posting the fastest split of the 4×100 freestyle team, a scorching 47.50. This is a purple patch for GB men’s sprinting and Whittle finds himself at the heart of that resurgence. Both he and Shanahan have the chance to further burnish their reputations in senior waters in a busy 2022 season.

One thought on “Pullbuoy Swimmers of the Year 2021”